Not just that, Bear Grylls was quick enough to reply writing on Twitter. 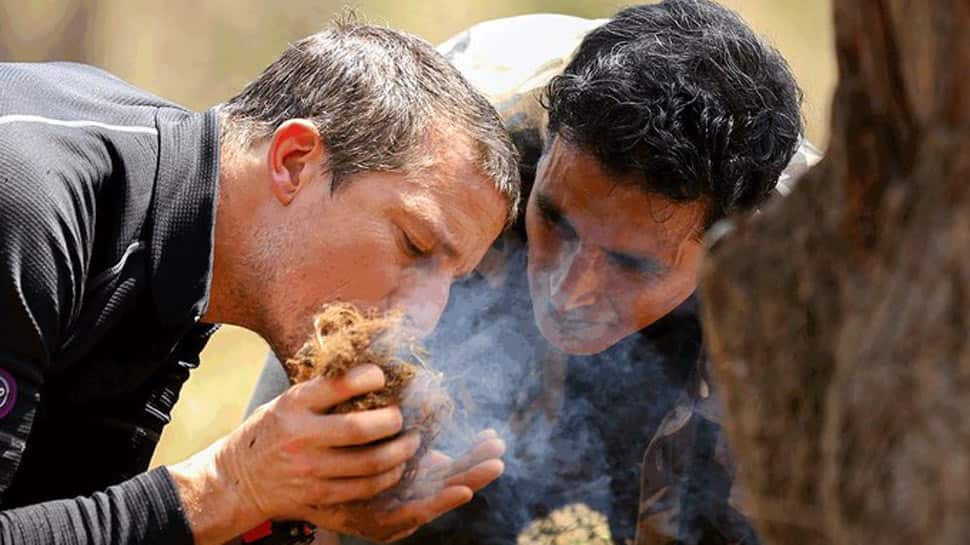 Akshay, who shot for 'Into the Wilds With Bear Grylls' tweeted a day back saying: Rasode mein Bear tha. Any guesses on what is he cooking? #IntoTheWildWithBearGrylls @BearGrylls @DiscoveryIN @DiscoveryPlusIn

He also tagged a picture where Bear Grylls is seen cooking up a storm in the wilds.

Not just that, Bear Grylls was quick enough to reply writing:

With the legend himself... @akshaykumar https://t.co/evqj4x6iyp

After entertaining the desi viewers with its high-rated episodes featuring our Prime Minister Narendra Modi and megastar Rajinikanth, it is time for now for Akshay Kumar fans to gear up for Bear Grylls's 'Into The Wilds'. It will premiere on September 11, 2020.

In August 2019, Prime Minister Narendra Modi featured on the show and it hogged the maximum limelight and trended high on social media. The show with Bear Grylls has also hosted prominent celebrities in the past such as Barack Obama, Kate Winslet, Roger Federer, Julia Roberts amongst several others.

In March this year, Rajinikanth's episode was premiered. He shot for it in Karnataka`s Bandipur Tiger Reserve and National Park.

In the show, host Bear Grylls takes through the forest and shows the survival of the fittest theory in extreme conditions.