Rhea Chakraborty shares selfie with brother Showik, a year and a half after Sushant Singh Rajput's death case

The NCB arrested Sushant Singh Rajput's live-in partner and girlfriend Rhea Chakraborty and his brother Showik in connection with the case, along with several other people in September last year. 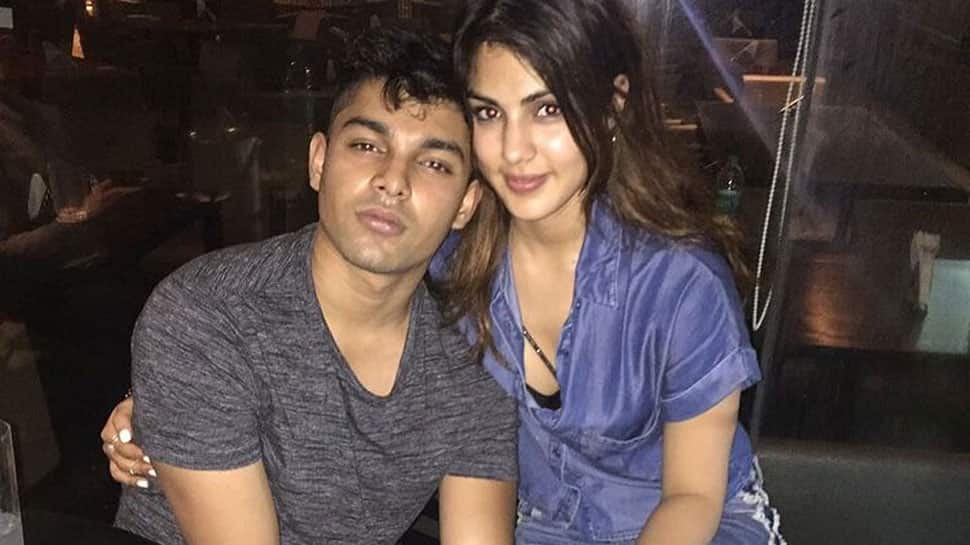 New Delhi: Actress Rhea Chakraborty is slowly getting back to normalcy post the death of her boyfriend and talented B-Town star Sushant Singh Rajput. What followed his mysterious demise was a series of accusations and allegations with the Narcotics Control Bureau (NCB) taking lead and many celebs came under the dock and were called for questioning.

A year and a half has gone by and Sushant Singh Rajput's death case is still haunting Bollywood. For the first time since this incident, Rhea recently took to her Instagram and shared a selfie with her brother Showik Chakraborty. She captioned it as #resilience

The brother-sister duo can be seen twinning in whites and many celeb friends such as Shibani Dandekar, Anusha Dandekar among others dropped comments on the post.

In 2020, the NCB had arrested Rhea and her brother Showik Chakraborty in a drugs case related to late actor Sushant Singh Rajput's death. The actress was lodged in Mumbai's Byculla Jail for more than a month.

They are currently out on bail.

Bollywood actor Sushant Singh Rajput was found dead at his Bandra residence on June 14, 2020. The NCB began probing the alleged use of drugs in some quarters in Bollywood after the late actor's sudden demise.

On the work front, Rhea Chakraborty was last seen in 'Chehre', a film starring Amitabh Bachchan and Emraan Hashmi which was released sometime back. 'Chehre' is directed by Rumy Jaffery and also stars Emraan Hashmi who plays a business tycoon with a complicated past.