A picture from last night's dinner was shared by Riddhima, which she captioned as, "Happiest birthday mommy. Love you." Only Ranbir is missing from the frame. 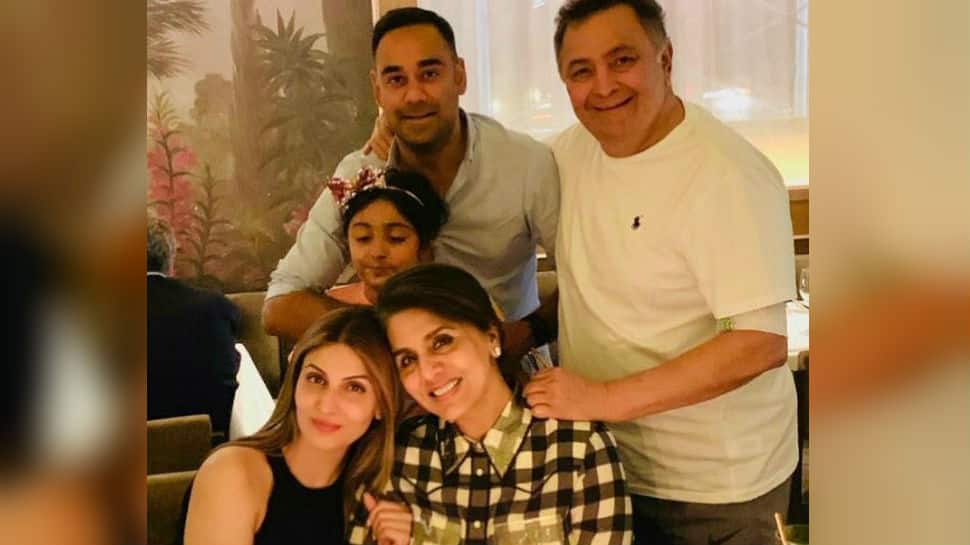 A picture from last night's dinner was shared by Riddhima, which she captioned as, "Happiest birthday mommy. Love you." Only Ranbir is missing from the frame.

Riddhima and her family are visiting Rishi and Neetu Kapoor in the US as the actor has temporarily settled in the Big Apple due to medical reasons. He is undergoing cancer treatment there. Ranbir flew out of New York a week ago and is now back to Mumbai. He was accompanied by girlfriend Alia Bhatt.

Postcards from their holiday were shared by Neetu and Riddhima both on Instagram and Alia was also a part of their family-only picture.

"Your family is your whole world. So, so many LOVES in these beautiful moments," Neetu wrote.

Media reports state that Rishi and Neetu Kapoor are likely to return to India between August and September. The couple moved to New York in September 2018 when Rishi Kapoor tweeted that he is "taking a short leave of absence from work to go to America for some medical treatment." However, he did not reveal the ailment and urged his well-wishers "not to worry or unnecessarily speculate."

It was only in May that the 66-year-old veteran actor opened up about his illness and said that he is cancer-free.