Veteran filmmaker Rahul Rawail on Tuesday took to his Facebook account to announce that Rishi Kapoor, who is undergoing treatment in New York for an undisclosed ailment is "cancer-free". 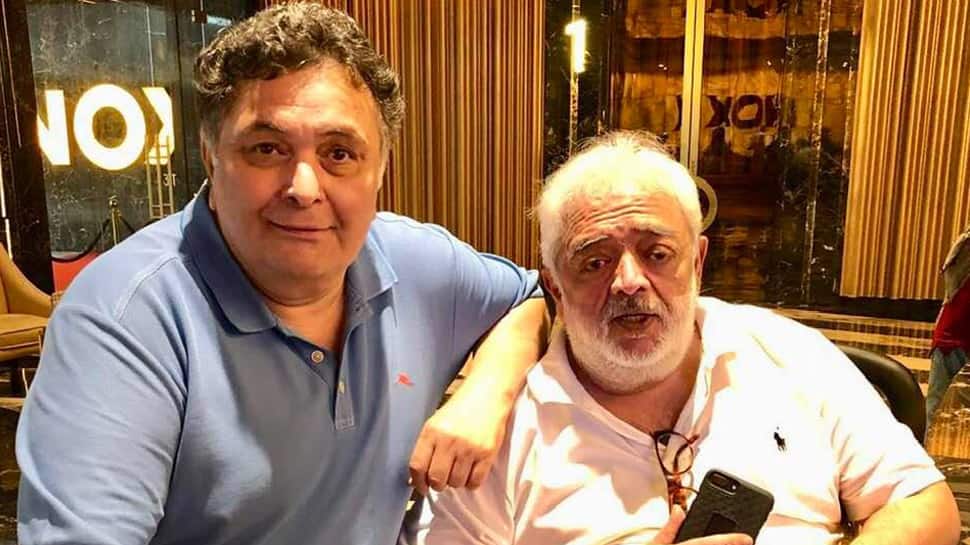 New Delhi: Veteran filmmaker Rahul Rawail on Tuesday took to his Facebook account to announce that Rishi Kapoor, who is undergoing treatment in New York for an undisclosed ailment is "cancer-free".

Rahul posted a picture on Facebook with Rishi and captioned it, "RISHI KAPOOR (CHINTU) is CANCER FREE!!!!"

Although the Kapoor family has never disclosed Rishi's ailment, Neetu Kapoor's Instagram post on New Year sparked cancer rumours. In her post, Neetu had written, "Happy 2019, no resolutions only wishes this year! Less pollution traffic!! Hope in future cancer is only a zodiac sign! No hatred, less poverty, loads of love, togetherness, happiness and most important good health."

Earlier in the day, Randhir in an interview to IANS revealed that Rishi will return to India in a few months. He told, "Rishi is doing much better. He has to finish his course of treatment, and will be back in India in the next few months."

Neetu has been by Rishi's side ever since he was diagnosed with the undisclosed ailment. Ranbir along with his girlfriend Alia Bhatt also visited his parents in New York.