Mara was recently spotted wearing a large dazzling diamond ring on her engagement finger, which led to speculations in the media and social circle, speculating that the two could well be engaged, reported E! News. 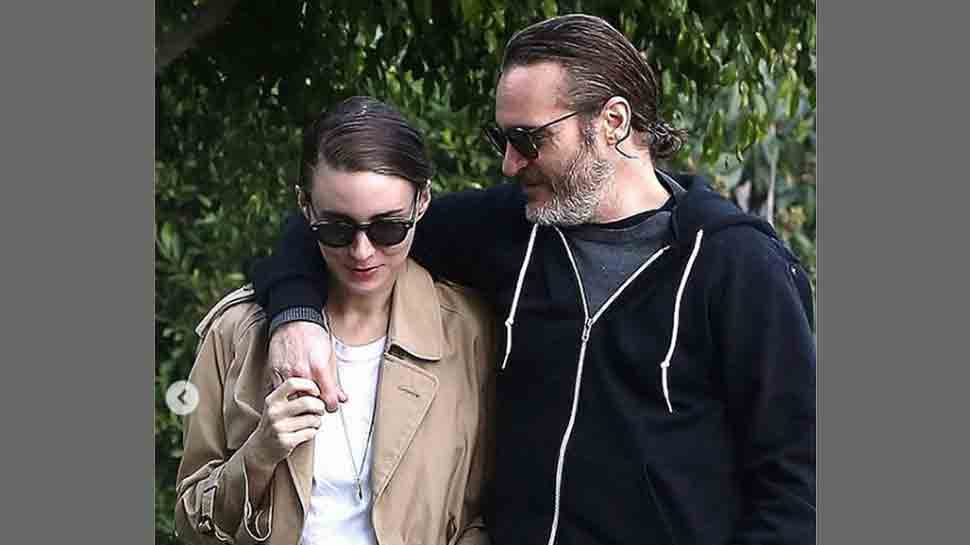 Actors Rooney Mara and Joaquin Phoenix, it seems, may take their relationship to the next level.

Mara was recently spotted wearing a large dazzling diamond ring on her engagement finger, which led to speculations in the media and social circle, speculating that the two could well be engaged, reported E! News.

The actor was seen wearing a black t-shirt, jeans and a sweatshirt tied around her waist while she was running errands.

Mara and Phoenix were first romantically linked in late 2016 while filming 'Mary Magdalene'. The two were reportedly seen spending some time together on and off set while shooting, including an outing on their Italian hotel's balcony where they were seen hanging out while smoking.

Phoenix and Mara's friendship truly goes way back! In 2013, they proved their undeniable chemistry when they co-starred in the Oscar-nominated film 'Her'.

They made their red carpet debut at the 2017 Cannes Film Festival where they were seen chatting and embracing each other when Phoenix won the best actor award for his performance in 'You Were Never Really Here'.

"They were talking to one another nonstop. Small talk between them. Then they went for their car and he's holding her hand like it was unconscious. Like it fits. They seem a totally natural and easy couple," a source told People at that time.

The couple has kept their romance private, although Phoenix revealed in September 2017 that the two had begun living together during an interview with T Magazine, cited by People.

Phoenix was previously in a relationship with his 'Inventing the Abbotts' co-star Liv Tyler from 1995 to 1998, and later dated model Topaz Page-Green in the early 2000s and DJ Allie Teilz. Mara dated director Charlie McDowell from 2010 to 2016. McDowell is said to currently be dating 'Game of Thrones' star Emilia Clarke.