Shraddha Kapoor was recently snapped at the airport and was a delight to look at! Smiling and waving at the paps, she was seen wearing a white dress paired with black boots. 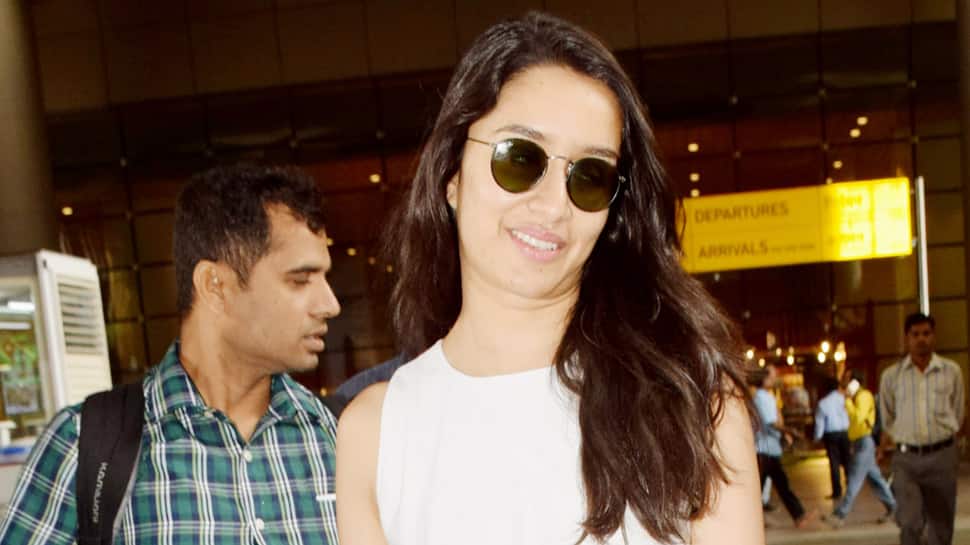 New Delhi: Bollywood actress Shraddha Kapoor is busy promoting her upcoming film 'Saaho'. She was recently snapped at the airport and was a delight to look at! Smiling and waving at the paps, Shraddha was seen wearing a white dress paired with black boots, flashing her million-dollar smile.

Take a look at the airport pics here: 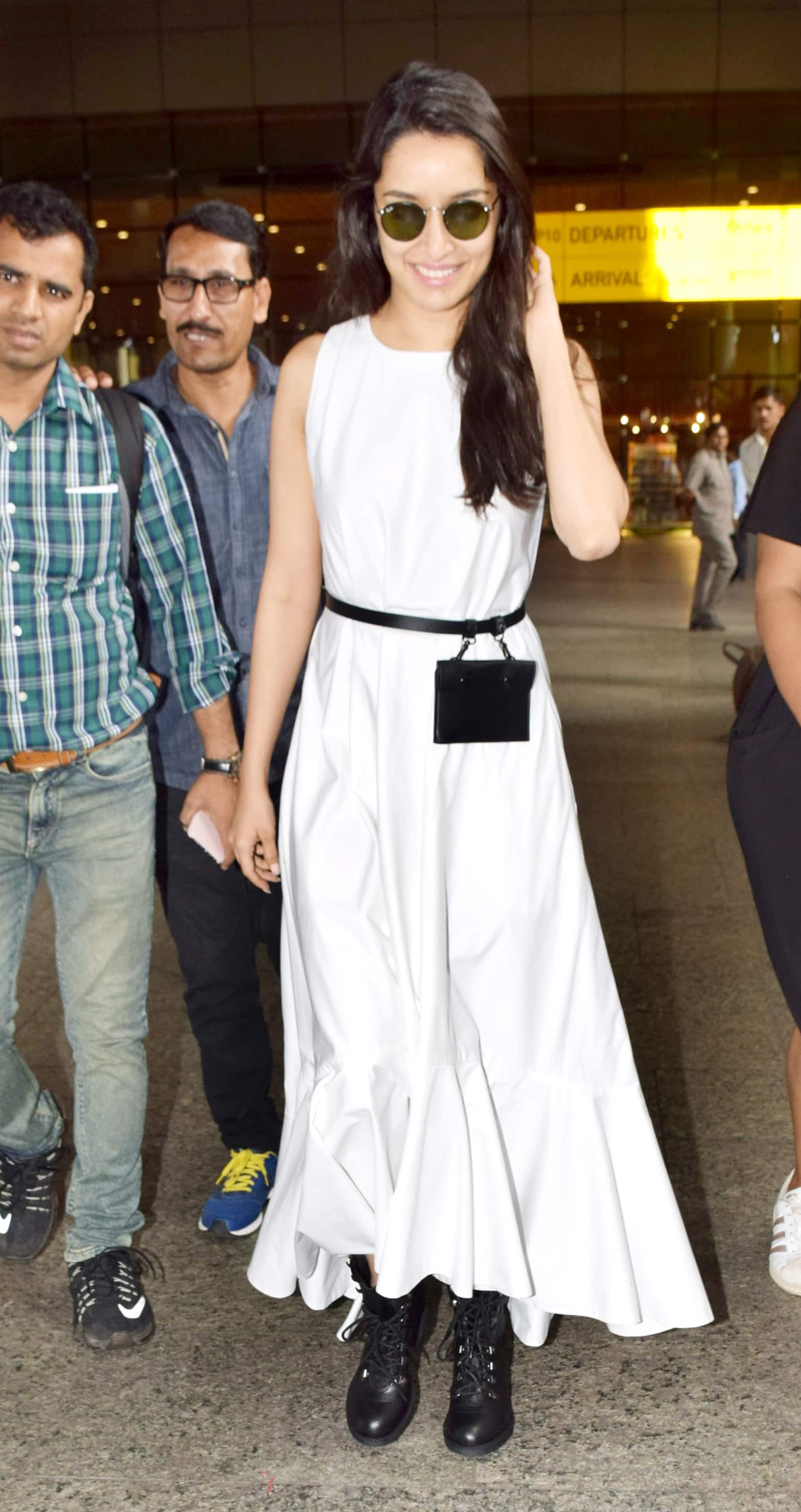 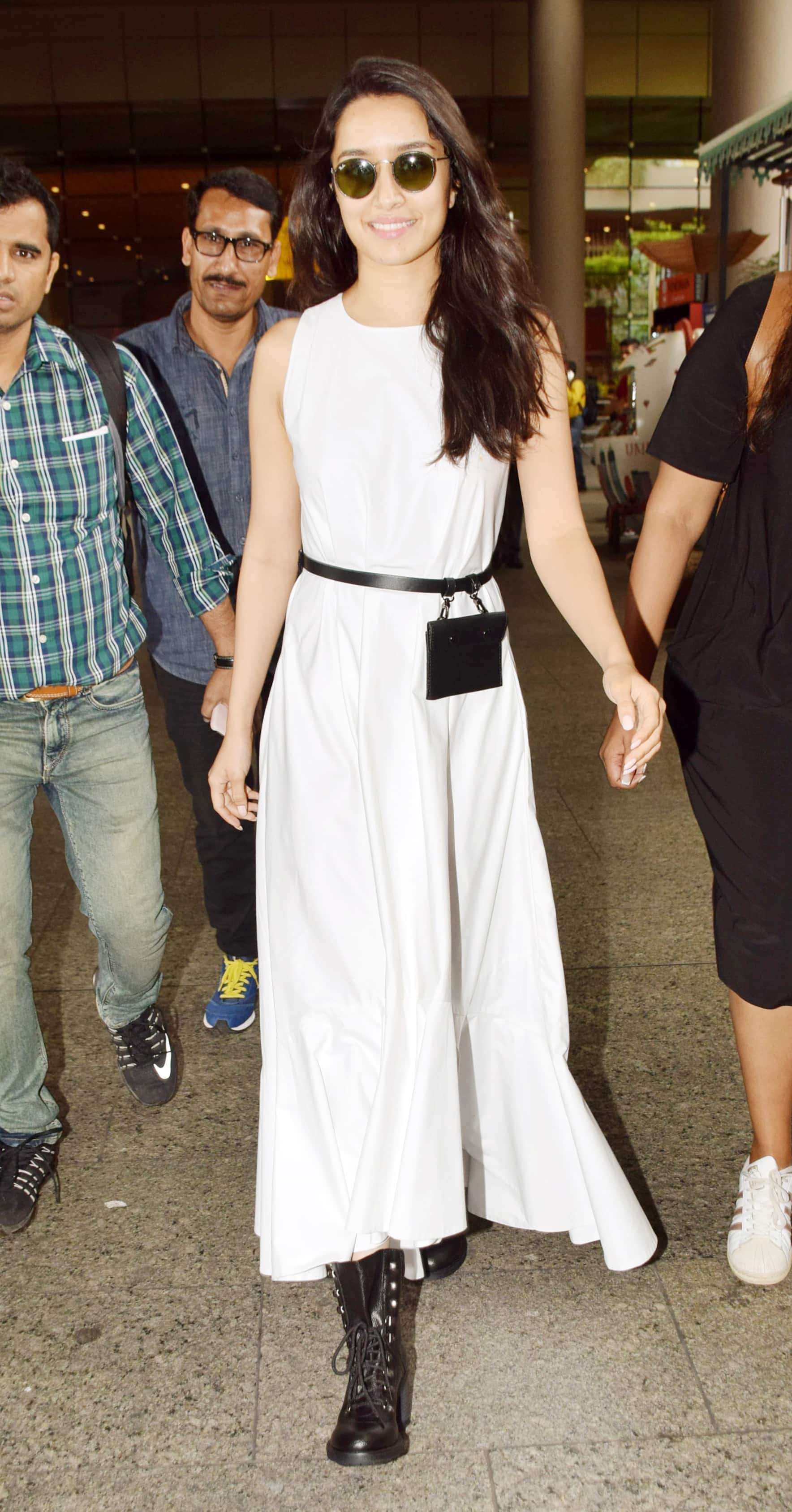 With less than a fortnight left for the release, team 'Saaho' is leaving no stone unturned to ensure that it gets maximum footfall on day one. The film stars 'Baahubali' fame Prabhas as the male lead and is high on the buzzword ever since it was announced. Fans are eager to see Prabhas play a glamorous role after 'Baahubali'.

The teasers and trailer of the film promise high-octane action sequences along with some aesthetic marvels.

It is helmed by Nitesh Tiwari and will hit the silver screens on September 6, 2019.