He received a thunderous response for playing Sartaj Singh in 'Sacred Games'.

New Delhi: The Nawab of B-Town, Saif Ali Khan has his own style. He looks dapper and suave in his usual bandh-gala achkan or crisp white kurta-pyjamas. The dashing superstar was recently spotted at the JW Marriot, Mumbai and what caught out attention was his brand new hairdo

Well, Saif was present to launch the first mobile food truck by JW Marriot group called 'Marriot On Wheels'. He looked dashing in a fitted blue shirt, jeans and those black sunnies. But it was his hair game which was on fleek. 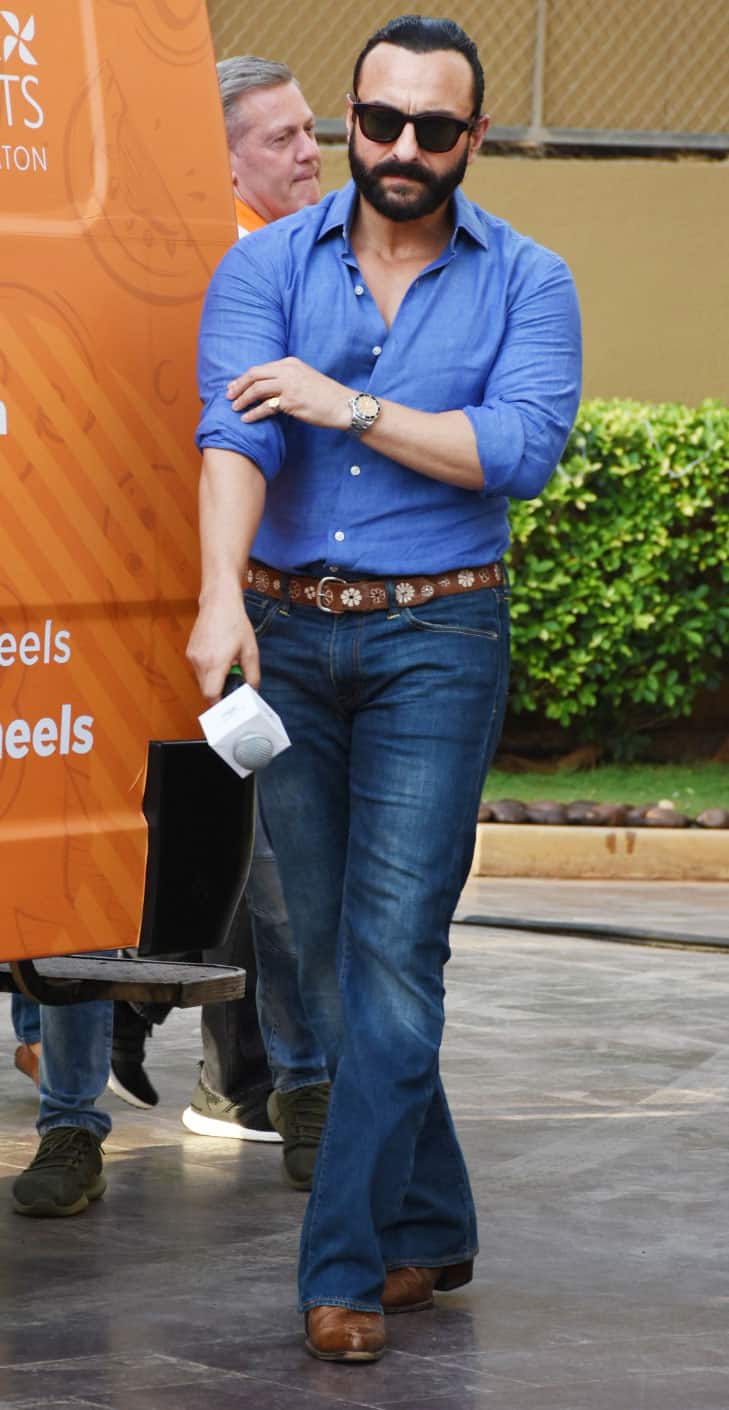 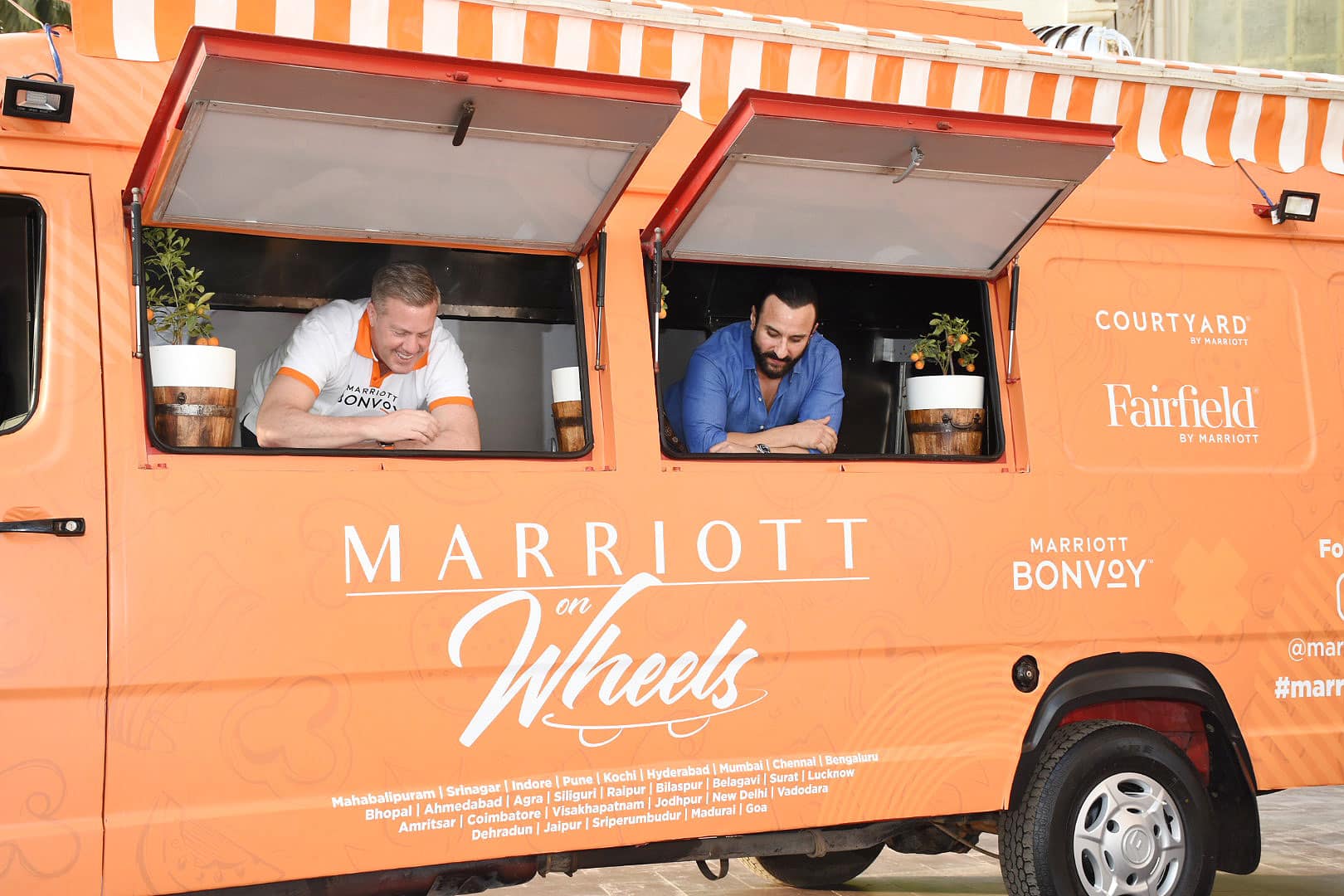 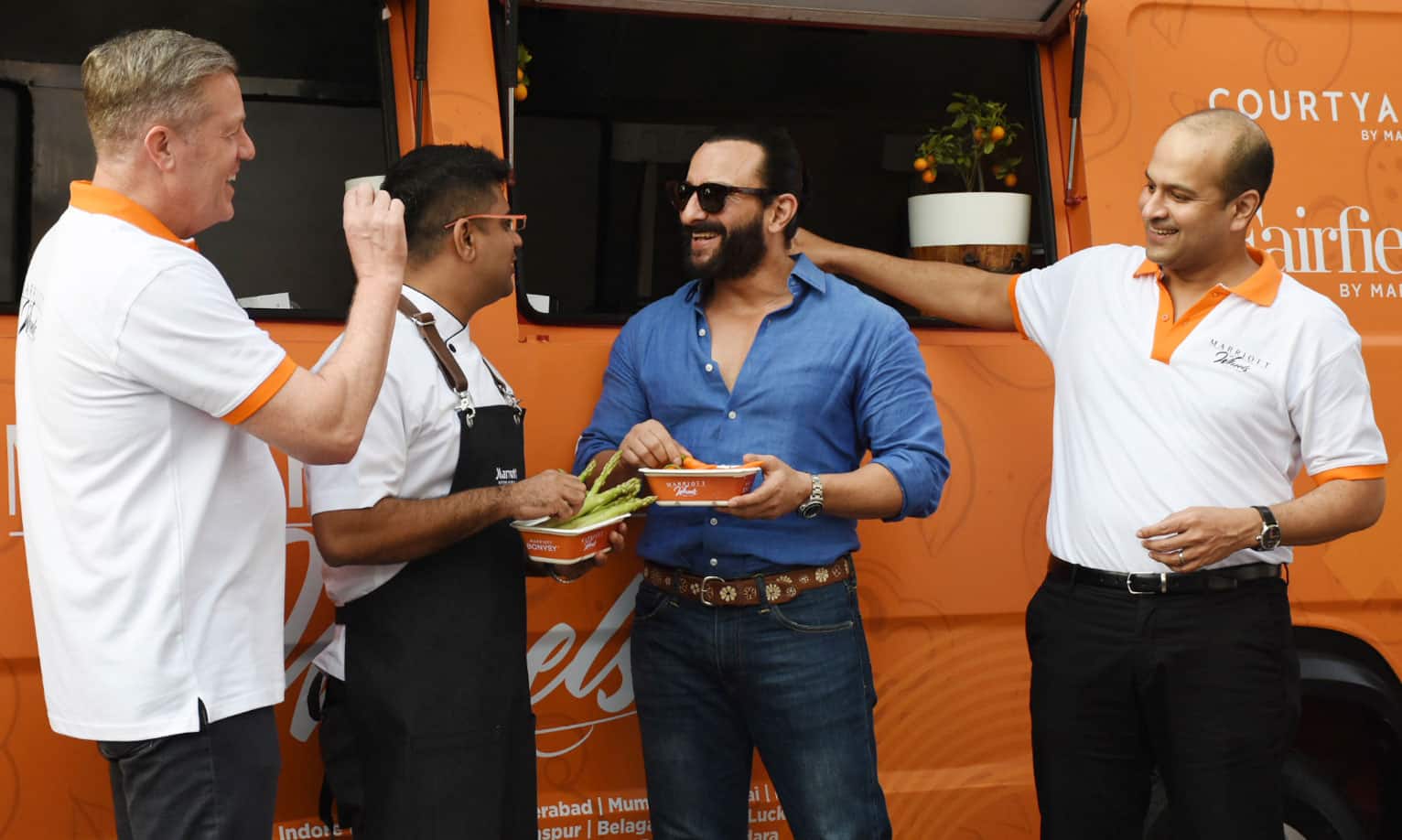 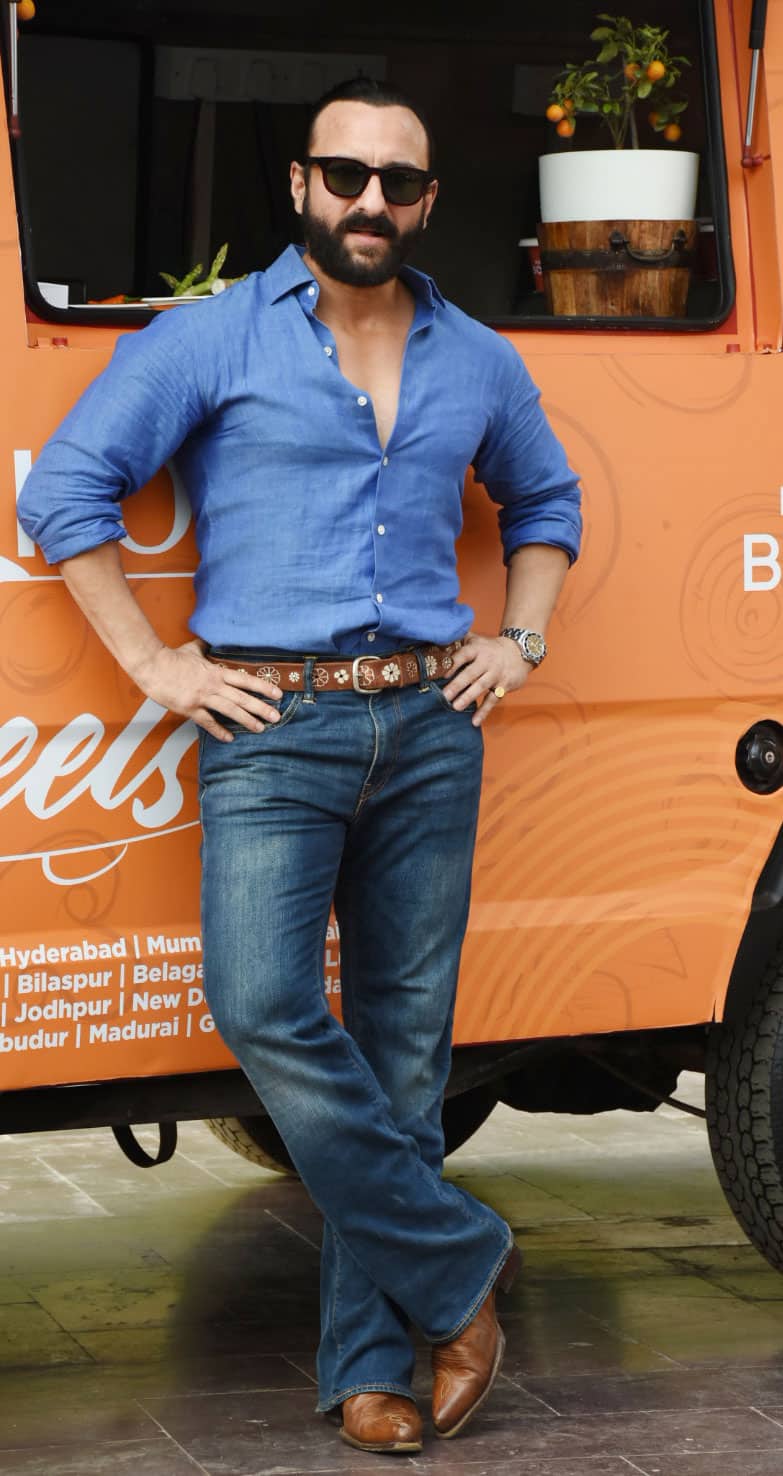 Saif donned a nicely gelled and pulled back hairstyle. His new avatar definitely gets a big thumbs up from us. Well, he is a nawab and pulls off any style with much elan.

On the work front, he is gearing up for 'Sacred Games 2'. He received a thunderous response for playing Sartaj Singh in season 1 and the show too was praised highly. Therefore, makers have started work on the second season of the Netflix India originals.

'Sacred Games' is based on Vikram Chandra's 2006 novel of the same name.

Also, Saif will be seen in 'Hunter' by Navdeep Singh. He is playing a Naga sadhu in the movie. Then he has Ajay Devgn starrer 'Taanaji: The Unsung Warrior' in which he plays Uday Bhan's character.