Bollywood actor Saif Ali Khan's daughter Sara Ali Khan made a smashing entry in Bollywood and now his son Ibrahim Ali Khan is also rearing to make his debut in the film industry. 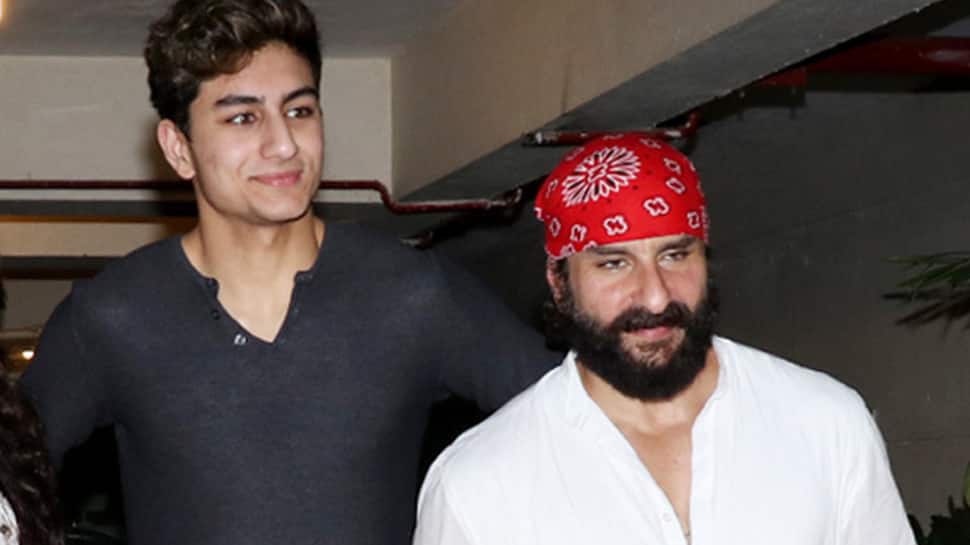 Saif's daughter Sara made an everlasting first impression with her debut film and has also bagged a couple of films post that. Now all eyes are on Ibrahim, who is already made heads turn because of his looks.

Saif, who comes from a family of actors, revealed his son's acting plans. Talking to Hindustan Times, he said, "He should, he’s looking good, better looking than I am! He’s a very charming guy. I definitely think all of my children would be interested in acting. We’re an acting family, the whole bunch of us are in the industry. So I’m sure. He’s still a little young, and I’m keener that he does university first. Then, of course, we’ll support him in whatever he wants to do."

Earlier, Sara had also revealed that her brother is very keen on joining the film industry.

On the work front, Saif will be seen in Jawani Janeman and he is busy shooting for the film in London. The film will also mark the Bollywood debut of Aaliya Furniturewala. Saif will reportedly play Aaliyah's father in the film and it will hit the screens on November 29, 2019.