Salman Khan: Akki's film should do better than that of mine

Bollywood Superstar Salman Khan who turned 54 on Friday takes out time and thank his fans and while comparing his film 'Dabaang 3' with Akshay Kumar's latest 'Good Newwz', the actor says that everyone's film should earn a lot of money as that is beneficial for the film industry. 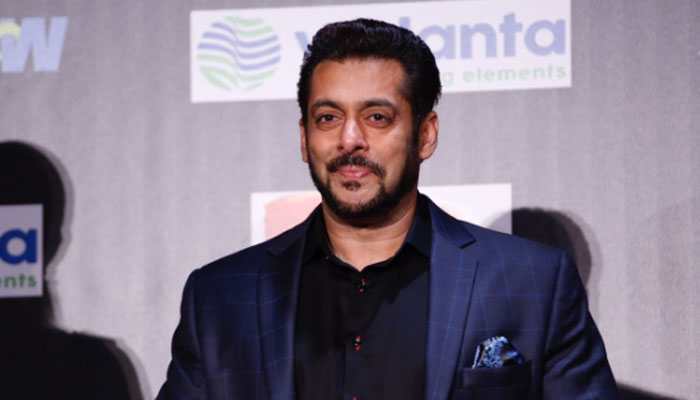 Mumbai:Bollywood Superstar Salman Khan who turned 54 on Friday takes out time and thank his fans and while comparing his film 'Dabaang 3' with Akshay Kumar's latest 'Good Newwz', the actor says that everyone's film should earn a lot of money as that is beneficial for the film industry.

AThe tread pandits are predicting that 'Good Newwz' is expected to open between Rs 18 to Rs 20 crore, at the box office. As Salman's 'Dabaang 3' opened with Rs 24.50 crore, while asked if he is happy to see his contemporary's film opening with less number, Salman promptly reacted, " what? What is so good at that? Akki's (Akshay Kumar) film should do better than that of mine."

" I would have been the happiest if Akki's film could have opened with bigger numbers than that of ours but this is also good. I believe that it is not just about my film or Akki's or of Shahrukh's film. I say all of our films should get a bigger opening and earn a lot of money because it is good for our film industry. Yes, it is less but it is not a bad opening at all, it is a damn good opening considering the present situation of our country."

"Our film 'Dabangg 3' was also expected to open to a certain number but it opened less than that but even then I want to thank my fans who are going to the theatre and spending their hard earn money to watch our film. That is why we promise to work hard to worth their money. I salute all our fans," said Salman after cutting a cake and sharing with media.

"Right now we are happy with the number we have earned (at the box office) in this troubled time in the country."

Salman said, "when it comes to Akki's film 'Good Newwz' the report is coming that it is a good film and people are liking it. I hope this film also become one of the big hit films for Akki. He is my friend I know him for long and I really wish well for him."

His sister Arpita Khan Sharma delivered a baby girl in the morning and the newborn is named as 'Ayat'.

Talking about how he started his day in the morning Salman said, "I woke and checked my phone and saw the picture of Ayata nothing could have been a better gift than this to our family. She is beautiful. Ab iske baad to December 27 ka matlab hi badal gaya in our family. In fact, I just tweeted to my fans that I really want to thank them for their love and good wishes. I have become mama again, I am an uncle too bas kisike baap nehi bane(laugh)."

Asked about the meaning of the name he shared, "There were two names, Sifara and Ayat. So, Arpita went ahead with Ayat. It is a very beautiful name. All the names of our family members start either with S or with A. Ayat means verse.

According to Salman the name was suggested by his father and then he added, " basically the idea was if I would have a daughter, her name would be this and now we are giving those 'name' to these children.

Thanking his fans for the constant support Salman quipped, "Even my film that earns Rs 100 crores and considered as 'flop' by the critics! This is like (he laughed)"

Moushumi Chatterjee's son-in-law to file defamation case against her