Salman Khan goes shirtless as he shares a fresh picture from the sets, fans go berserk

Salman has been staying in film city for the film's shoot and has regularly been working out at a gym, built on the sets. 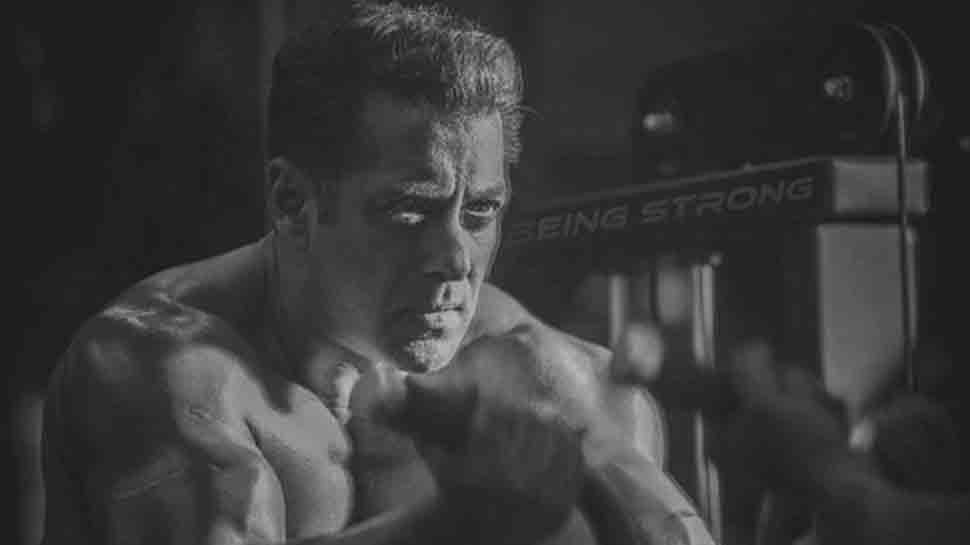 New Delhi: Actor Salman Khan has been shooting extensively for the last leg of Ali Abbas Zafar's upcoming film 'Bharat'. The period drama is a multi-starrer project and will release during Eid this year. The teaser of the film was dropped only recently and it left everyone in awe.

Salman recently took to social media and shared a monochrome bare chest picture of himself where he is seen working out in a gym. And his picture has left his fans excited. The actor is seen sporting a serious, tough look as she sweats out to maintain that suave built.

Speaking about the film, the shooting of 'Bharat' is currently being held in Goregaon Film City. Earlier, it was reported that the superstar got the makers to set up a 10,000 square feet foot gym on the sets. As per Mid-Day, Salman's brother-in-law Atul Agnihotri, who is co-producing the film with Nikhil Namit, came up with the idea so that the actor doesn't skip his exercise while he is shooting for the film.

And now, we hear that Salman has been staying in film city itself for the film's shoot. Reports say that Salman has decided to stay at the film city until the shoot gets wrapped up. In the meantime, to maintain his lean look, the actor has also been working out twice a day.

The story of 'Bharat' spans over a period of 70 years and Salman will be seen sporting five different looks in the film, from the age of 18 to 70. The actor recently shot for a character from his younger days, and hence, making sure to maintain a lean-suave look.

Hina Khan flaunts her desi swag perfectly in this pic