Salman Khan reveals why no film with Deepika Padukone so far

Salman will be next seen in Ali Abbas Zafar's 'Bharat', a film featuring Katrina Kaif in the lead role. It is slated to hit the screens on Eid, June 5, 2019. 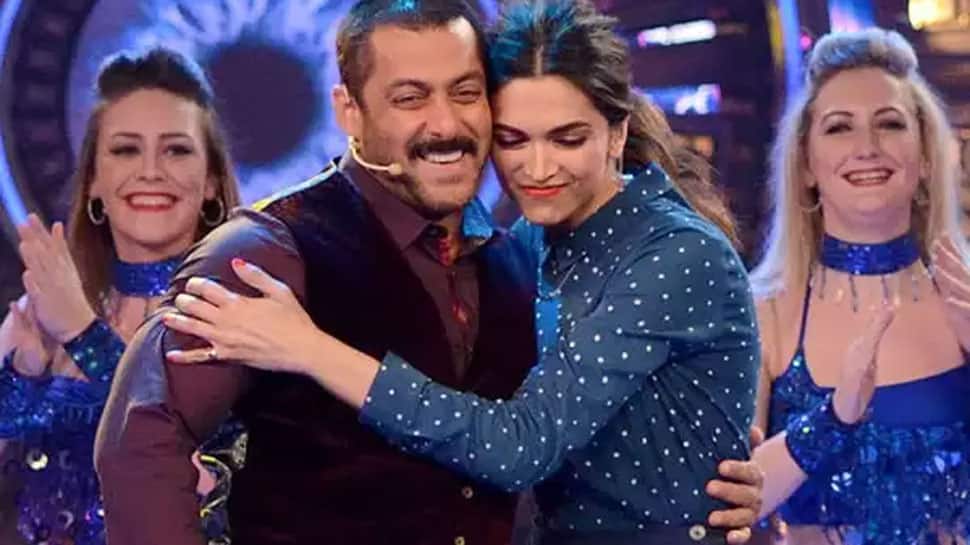 New Delhi: Superstar Salman Khan is a brand name today. Movies with sell like hot cakes on his name—such is Bhai' star power. He has worked with almost all the A-lister actresses and introduced many to the world of movies.

However, he has not done a film with 'Padmaavat' actress Deepika Padukone so far. It has happened on several occasions that speculation over them being cast in a movie has surfaced online, making fans all excited. But then it never materialised in real.

Now, the superstar Khan has opened up on why he has done no film with Deepika. In an interview with DNA, Salman was asked when will the duo share screen space together, to which he said, “Actually even I’m wondering when will I work with Deepika?”

Adding further, he said, “No one has come forward to cast me with her.” Then, he smiled and added, “Deepika is a big star, so it has to be worth her while to do a film with me. Right now, there is nothing.”

Salman will be next seen in Ali Abbas Zafar's 'Bharat', a film featuring Katrina Kaif in the lead role. The movie has an ensemble star cast with Tabu, Disha Patani, Shashank Arora, Jackie Shroff, Sunil Grover, Aasif Sheikh and Nora Fatehi amongst others.