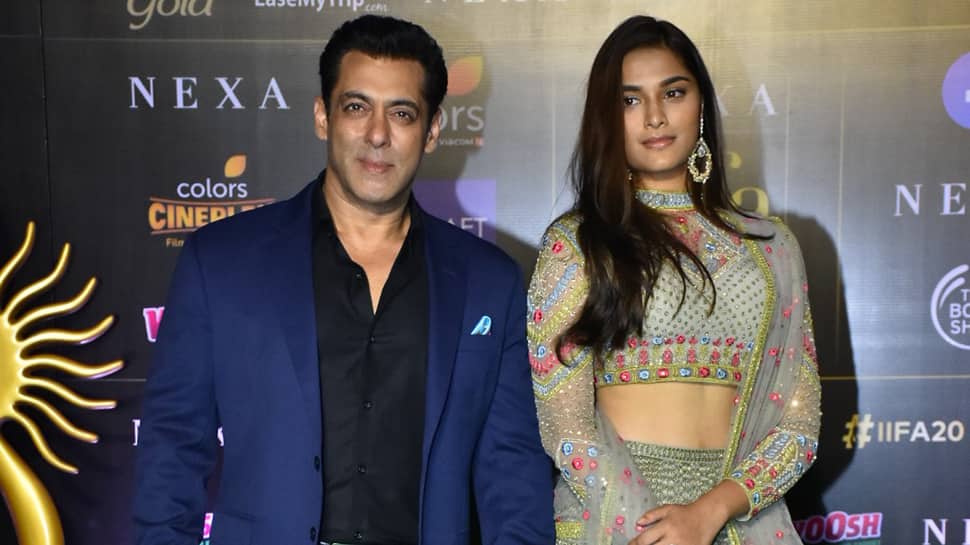 Mumbai: Superstar Salman Khan introduces close friend Mahesh Manjrekars daughter Saiee in "Dabangg 3" with the endorsement that she has done a really good job in the film.

"She is really good that's why she is in 'Dabangg 3', and her father worked in the first part of 'Dabangg'. You know the strange thing that a few years back, we introduced Sonakshi (Sinha) in IIFA on a ramp and today, we introduce Saiee," said Salman, while interacting with the media at the red carpet of IIFA Awards 2019. He was accompanied by Saiee at the event in Mumbai on Wednesday.

"Dabangg 3" is a prequel of "Dabangg", which released in 2010. The action-comedy brings back Salman in his popular avatar of Chulbul Pandey.

A few days back, Salman released a motion poster of "Dabangg 3" on his social media account. Talking about it, he said: "Yes, we have released the digital teaser of 'Dabangg 3' and it has been well received. We will release the film on December 20, and before that we will release the trailer soon. So now, you will see her (Saiee Manjrekar) on television, social media and big screen. She has done a really good job in the film."

Sharing her feeling being introduced at IIFA Awards, Saiee said: "I feel privileged to be here. Because of him (Salman Khan), I was able to come here, so I am thankful to him."

Directed by Prabhudheva, "Dabangg 3" will see Sonakshi reprise her role as Rajjo. Kannada superstar Sudeep plays the villain this time.

The film is scheduled to hit the cinemas on December 20.