New Delhi: Actor Sanjay Dutt went for a drastic transformation for Ashutosh Gowarikar's period-drama 'Panipat'. The 59-year-old actor, who will be sporting a bald look in the film, has often got clicked donning his new look. And the actor has made no effort to hide it from the lenses.

As per reports, Sanjay will essay the role of Ahmad Shah Durrani, who led the Afghans to victory. On the other hand, his co-star Arjun too has partially shaved his head for the film. Arjun will play the role of Maratha army’s leader Sadashivrao Bhau in 'Panipat'.

Coming to Sanjay, the actor was on Friday snapped by the paparazzi at the airport with his look from 'Panipat'. The actor was dressed up in all-black casuals and was snapped solo at the runway. The actor was apparently returning from Jaipur, where he had been shooting for the film.

Take a look at his photos: 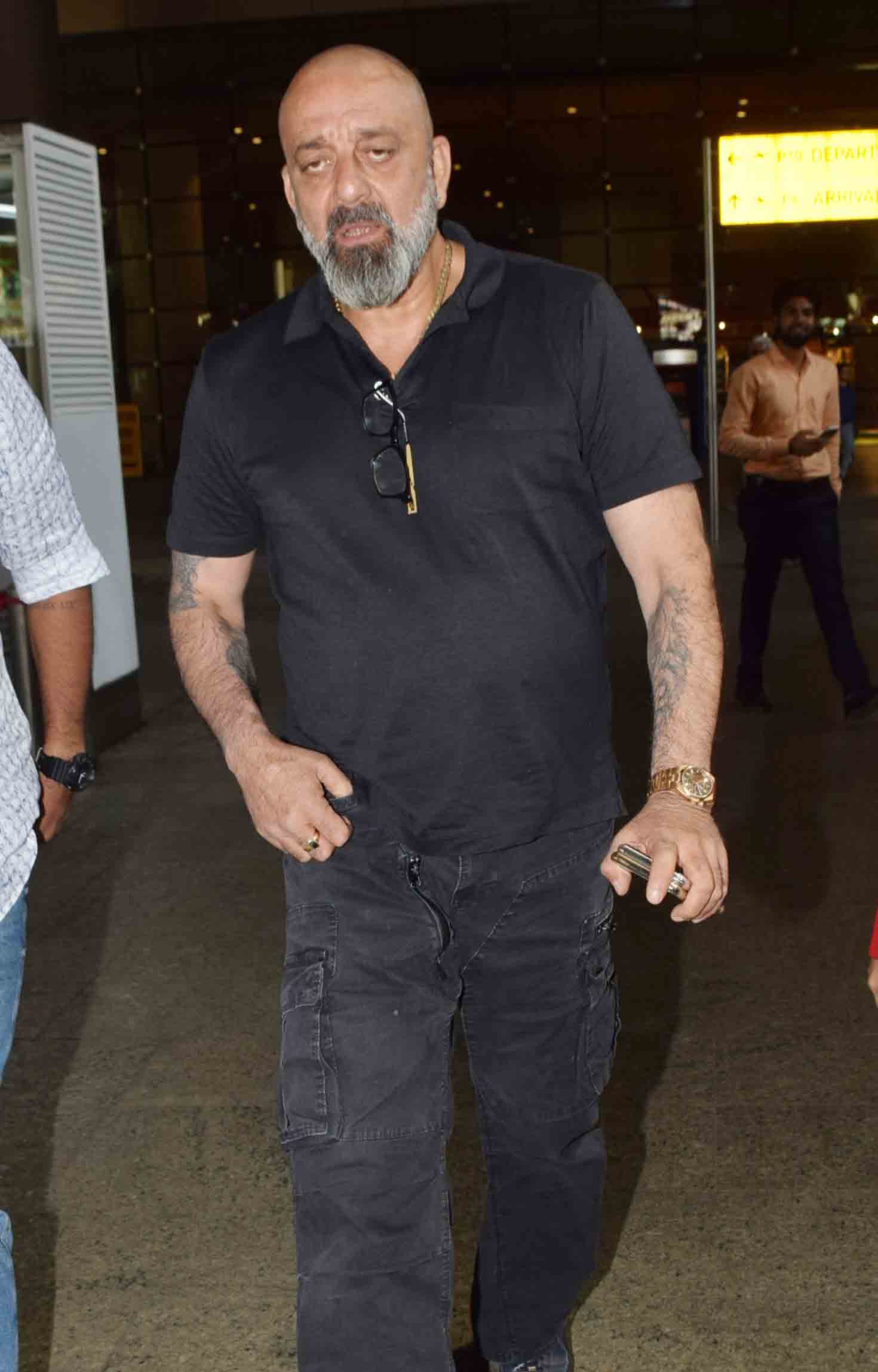 On the work front, Sanjay has a number of interesting projects in his pocket. Only recently, the actor shot for a song along with Ranbir Kapoor for Karan Malhotra's 'Shamshera'. He also has films like ' Torbaaz', 'Prasthanam' remake, 'Kalank', 'Sadak 2' with him.