Sara Ali Khan and Kartik Aaryan, with their faces covered, take a stroll in Shimla - Pics inside

Sara Ali Khan and Kartik Aaryan, who recently flew out to Shimla to shoot for the sequel to 'Love Aaj Kal', are burning up the trends list yet again. 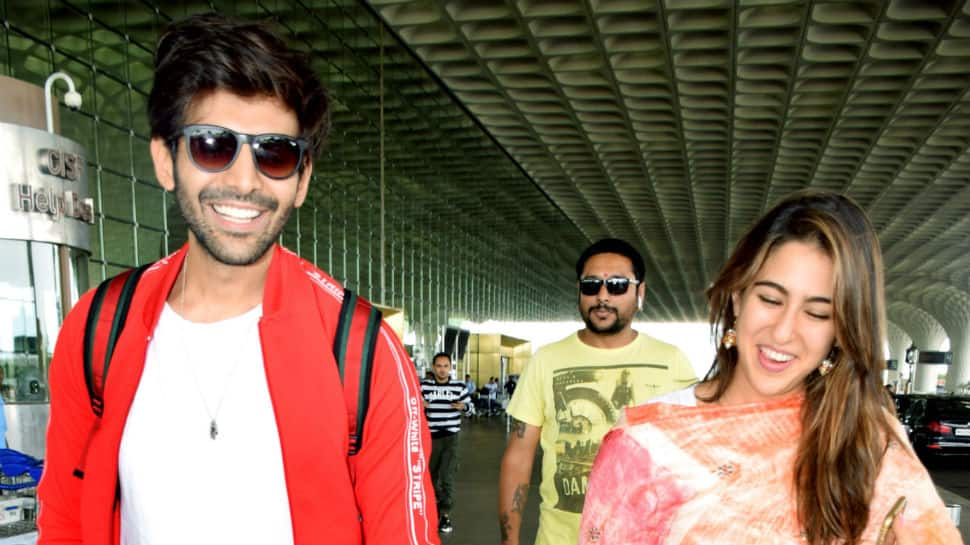 News Delhi: Actors Sara Ali Khan and Kartik Aaryan, who recently flew out to Shimla to shoot for the sequel to 'Love Aaj Kal', are burning up the trends list yet again for pictures of them taking a stroll in and about the city while covering their faces.

Their pictures have been curated by fan clubs and are all over social media.

Sara and Kartik's faces have been partially covered. She has covered her face and head with a red dupatta while he wrapped a black cloth around his face. However, going by the pictures, it appears that their efforts to disguise themselves failed, as their fans spotted them.

Here are the pictures we chanced upon:

This reminds us of the post Kartik shared on Eid. Yes, the picture of himself with Sara, in which they were photographed with their faces covered.

On their way to Shimla, Sara and Kartik just couldn't stop smiling after looking at each other when they got papped at the airport. 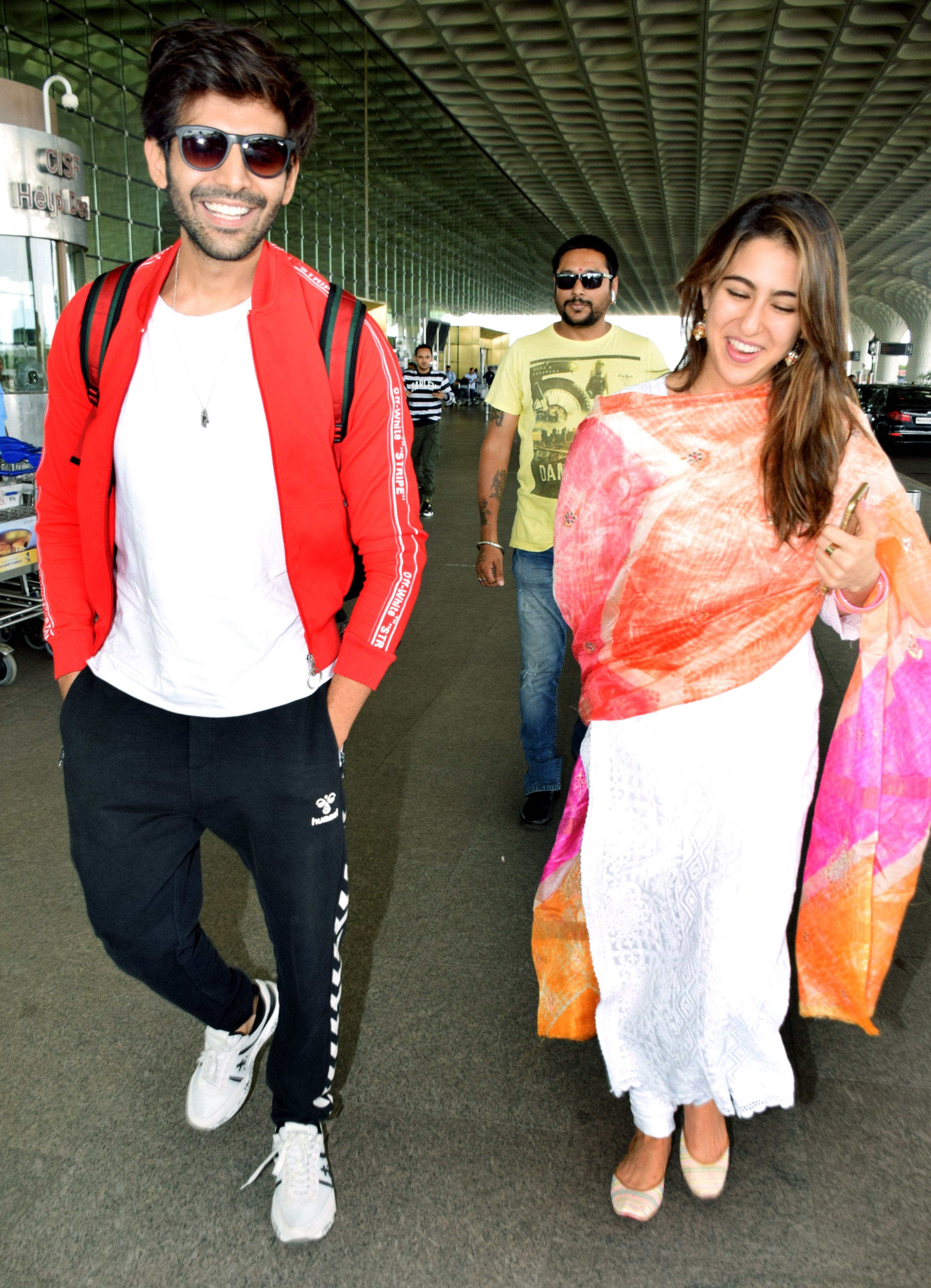 Their film, the sequel to 'Love Aaj Kal', is tentatively titled 'Reverse'. A part of the film was shot in Delhi. This will be Sara's third project. She debuted opposite Sushant Singh Rajput in 2018's 'Kedarnath' and was later seen in Ranveer Singh's 'Simmba.'