Bollywood actress Sara Ali Khan was spotted outside her gym in Mumbai. She was seen wearing a traditional outfit and smiled and greeted the paps as they clicked her pictures.

New Delhi: The beautiful Sara Ali Khan is regularly spotted outside her gym and greets the paps as they click her pictures. She is known to be a fitness enthusiast and inspires her fans to keep fit and adopt a healthy lifestyle.

Sara is usually spotted in trendy athleisure outside her gym. However, this time, the actress ditched her usual tank tops and shorts and opted for a traditional outfit. Sara wore a floral printed kurti along with printed pants. Her hair were left open and she chose a pair of matching juttis for the footwear. 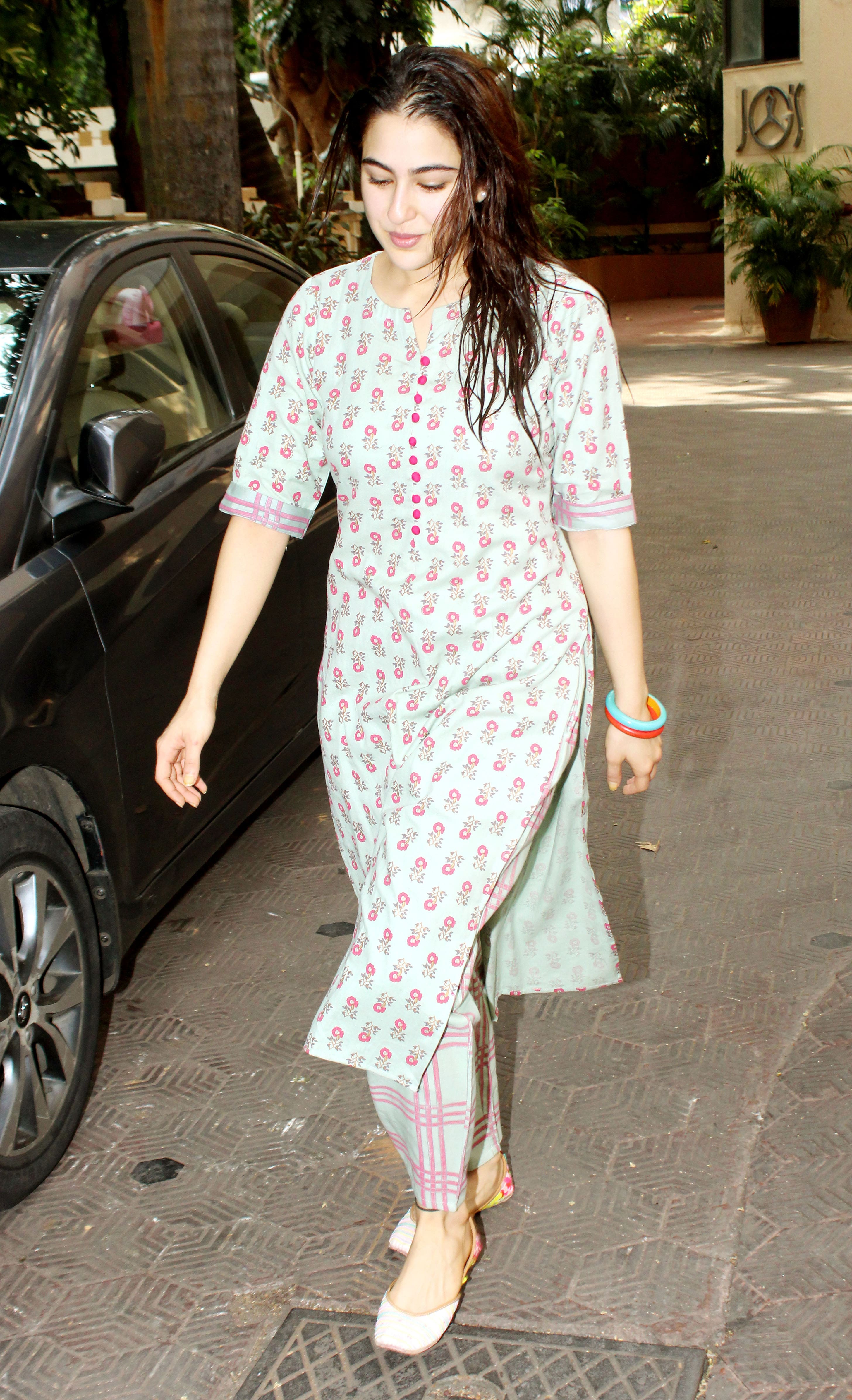 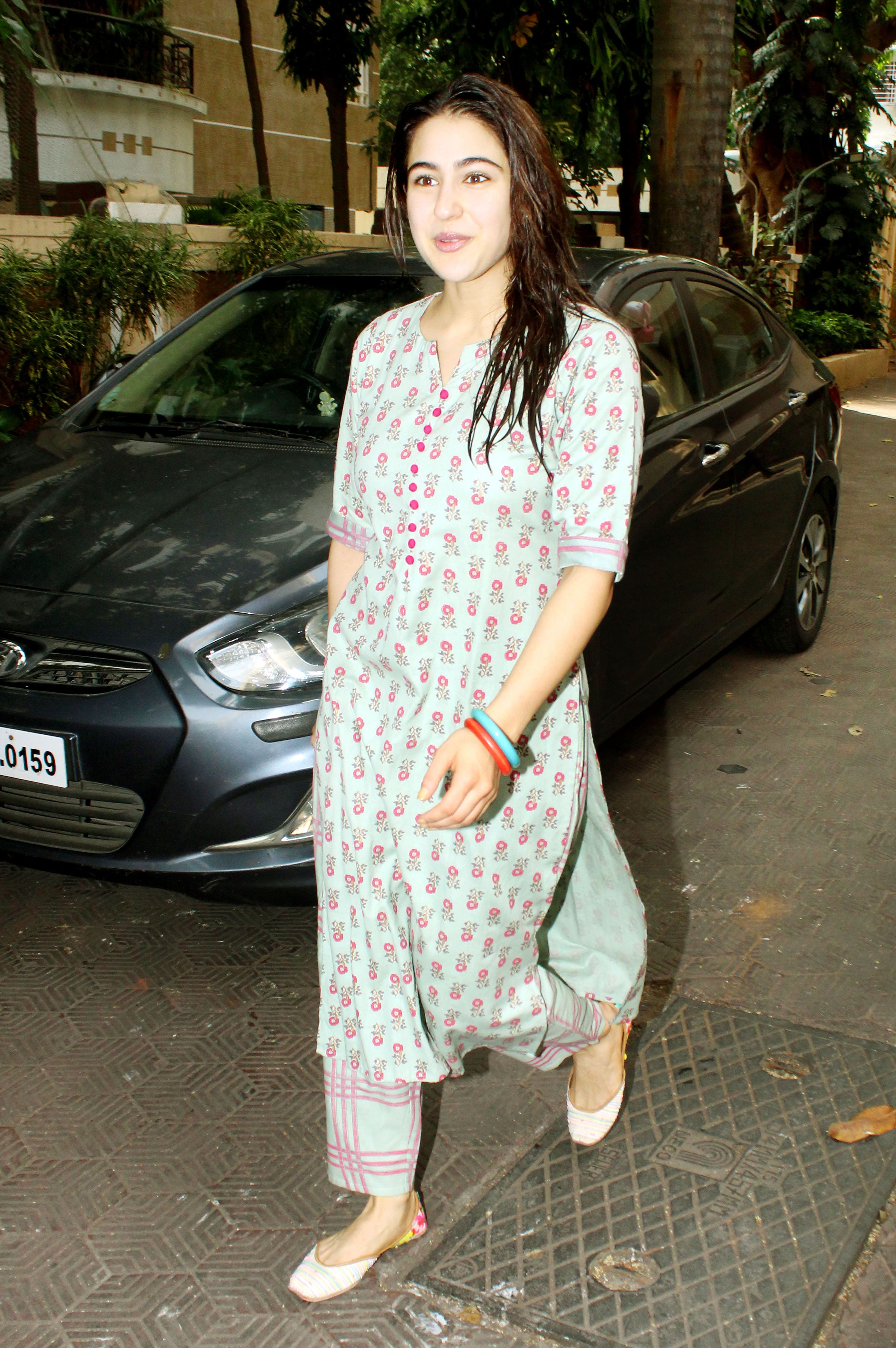 The actress recently returned to the bay from NYC where she was holidaying with her girl pals.

She will next be seen sharing screen space with Kartik Aaryan in 'Aaj Kal'. The film is helmed by Imtiaz Ali and has been high on the buzzword ever since its inception.

She is also a part of Varun Dhawan starrer 'Coolie No. 1' remake.