Sara Ali Khan turned cover girl for The Peacock magazine winter edition and is a delight to look at. 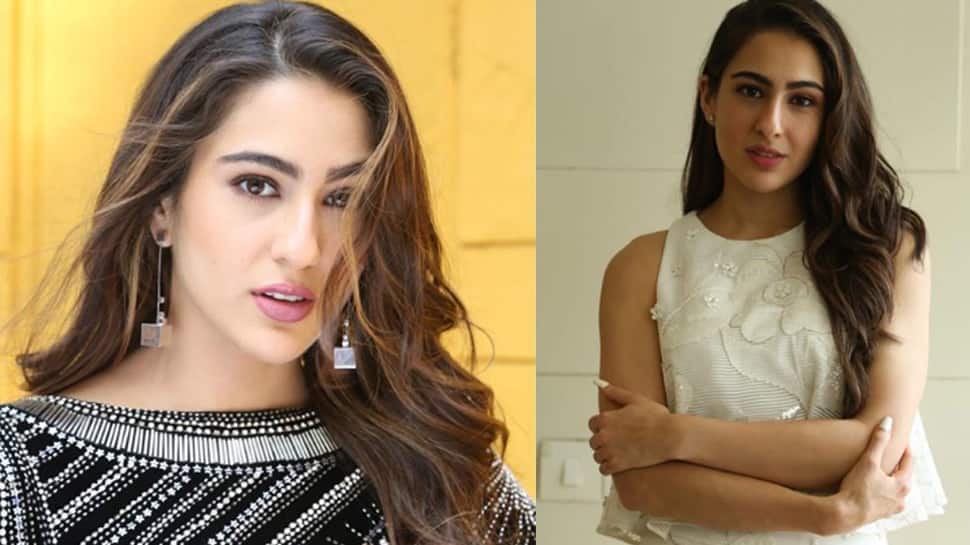 New Delhi: The beautiful Sara Ali Khan is often making headlines with her social media posts and public appearances. She is a popular name in the television industry and has a solid fan base of millions. The stunner is an internet sensation, with her pics and videos often going viral.

In July this year, the actress walked the ramp for the very first time at FDCI India Couture Week (ICW) for designers Falguni and Shane. She was seen wearing an ivory coloured lehenga, graciously walking the ramp.

Now, Sara has turned cover girl for The Peacock magazine winter edition and she is a delight to look at.

Sharing the cover on her Instagram handle, Sara wrote, “Thank you @falgunishanepeacockindia for making me feel fun, fabulous and fierce on your Winter Cover @shanepeacock @falgunipeacock”

She also won the Best Debut Actor (Female) award at IIFA 2019 for her impressive performance.

The leggy lass will next be seen with Kartik Aaryan in Imtiaz Ali's 'Aaj Kal' and with Varun Dhawan in 'Coolie No. 1' remake.

Sonam Kapoor and Rhea Kapoor prove siblings are the best travel partners in these pics from Los Angeles!