Earlier, Kartik Aaryan and Sara Ali Khan shot for the film in Delhi and were spotted by the paparazzi there.

New Delhi: The latest poster boy in Bollywood, Kartik Aaryan is busy working on Imtiaz Ali's project with Sara Ali Khan. The two young actors will be seen in the sequel of 2012 hit 'Love Aaj Kal'. And the duo was recently clicked together post-shoot in Bandra, Mumbai.

Sara looked lovely in a white Chikankari kurta and churidar with pink dupatta while Kartik donned a casual look in grey hoodie sweatshirt and jeans.

Check out their pics: 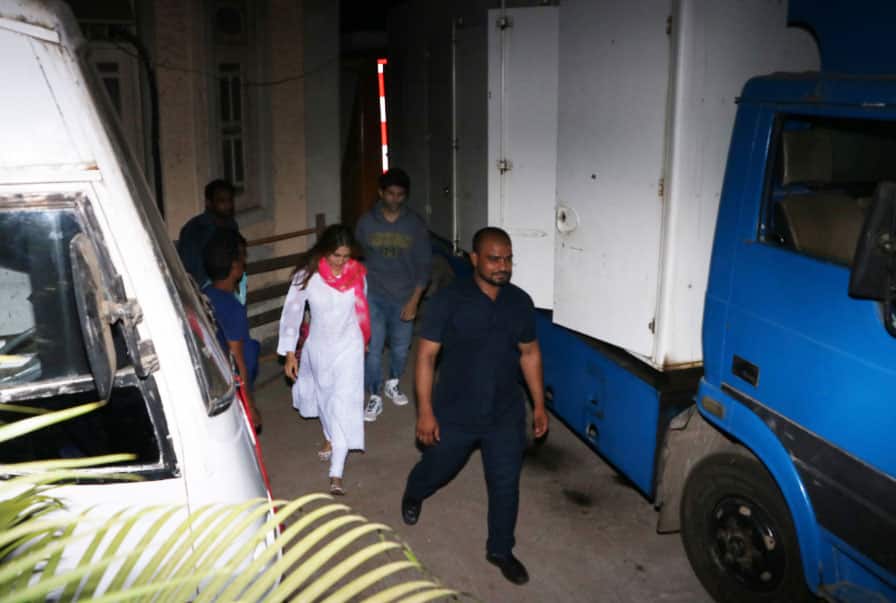 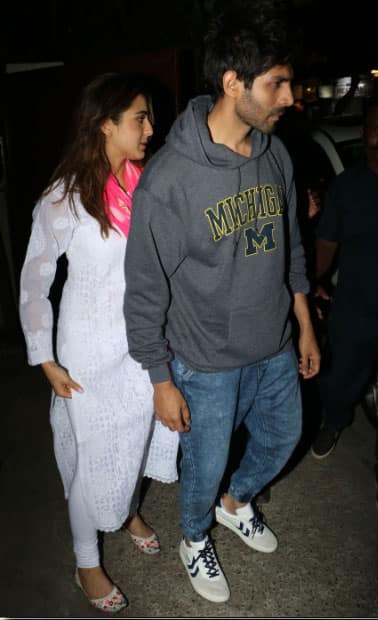 Earlier, Kartik Aaryan and Sara Ali Khan shot for the film in Delhi and were spotted by the paparazzi there.

On the work front, both Sara and Kartik have become quite a favourite amongst the filmmakers. The young actress made her sensational debut in 'Kedarnath' opposite Sushant Singh Rajput and was later seen in 'Simmba' with Ranveer Singh.

She has signed 'Coolie No.1' remake with Varun Dhawan.

And Kartik became a heartthrob after the huge success of 'Sonu Ke Titu Ki Sweety'. He has also bagged a remake of 1978 blockbuster 'Pati, Patni Aur Woh' starring Ananya Panday and Bhumi Pednekar.