Sara and Kartik, who are currently shooting for a film in Shimla, have posed together wearing traditional Himachali caps. And the pictures are too cute to be missed. 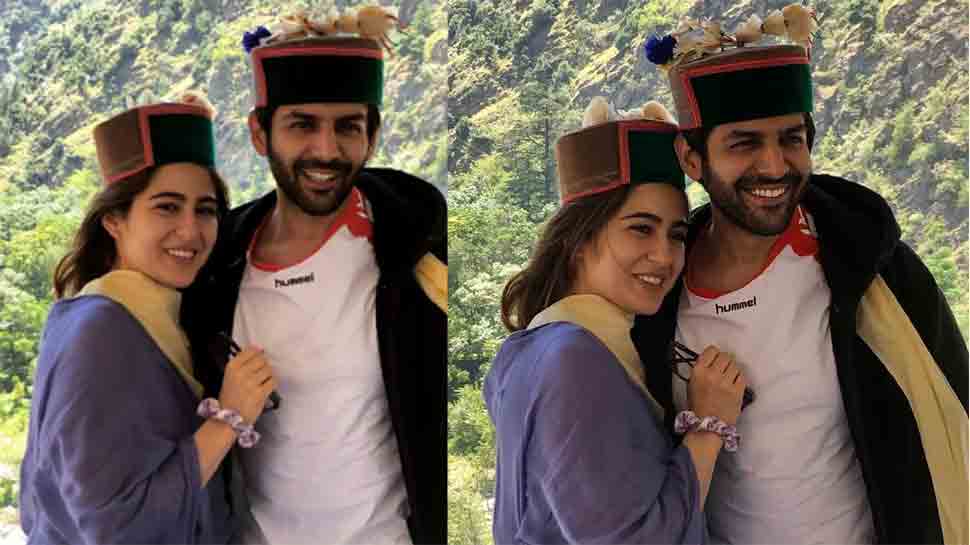 New Delhi: Actors Sara Ali Khan and Kartik Aaryan, who have been shooting for Imtiaz Ali's next tentatively titled 'Love Aaj Kal 2', have been making headlines for quite some time but for all good reasons.

The duo, who recently flew to Shimla, to shoot for the next schedule of the film, are spending a lot of time together. They are trending all over the internet for their latest set of pictures from the hills. Well, the pictures are too cute to be missed and even their fans cannot stop gushing over the two actors. "Oh my godddd I am officially dead after seeing this. They are just tooooo cute," one of the fans commented.

'Sartik', as they are fondly referred by their followers, are seen flashing their beautiful smile and look extremely adorable together in the frame.

Earlier, Sara and Kartik were spotted hiding their faces while shooting for the film in Shimla.

Speaking of Imtiaz's film, it is touted to be the sequel to 'Love Aaj Kal' and is one of the most anticipated films. A few months back, Kartik and Sara's kissing scene from the sets of the film had leaked and went on the internet. The shooting of the film will largely take place in Punjab and Delhi.

The film is slated to hit screens on Valentine's Day 2020 and may clash with Ayushmann Khurrana's 'Shubh Mangal Zyada Savdhaan' and Disha Patani-Aditya Roy Kapur's 'Malang' at the Box Office.

Mahesh Bhatt to get special mention in Anupam Kher's book