The 23-year-old actor dons a yellow mustard wrap around dress with ruffle sleeves on the latest edition of a fashion magazine. 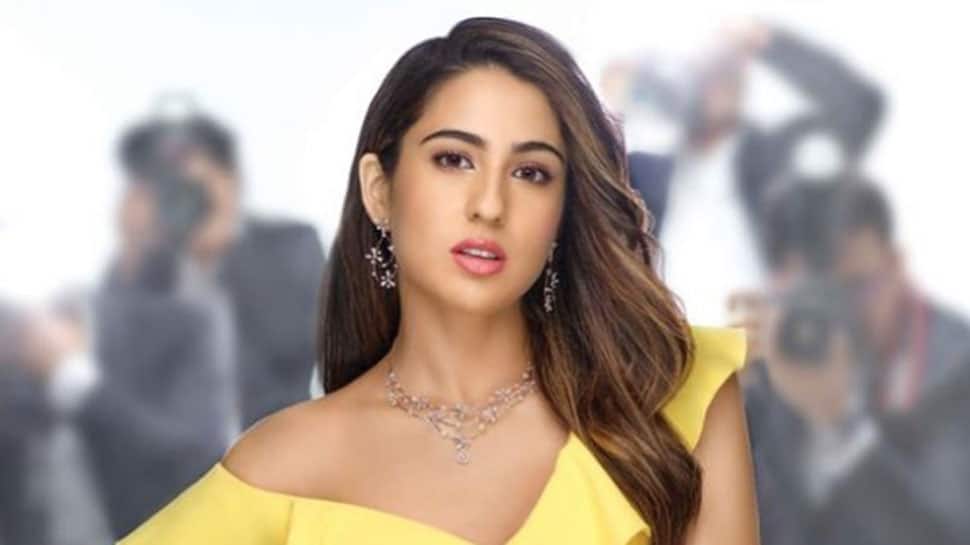 New Delhi: Fresh face of Bollywood Sara Ali Khan, whose sartorial choices are the talk of the town seems to pull off another stunning summery look on the latest edition of a fashion magazine.

The 23-year-old actor dons a yellow mustard wrap around dress with ruffle sleeves on June edition of Harper Bazaar India. The look has been accessorized with a classic metal watch, metal bangles and messy hair.

The official Instagram page of the magazine posted her look and wrote, "Our June cover Sara Ali Khan has found a home in an industry she loves. With two films already under her belt, she has earned critical acclaim and social media stardom. And she's finding a way to live and work by her own rules. It's no wonder she can`t stop smiling." The magazine cover writes, 'Sumer Of Love' on their cover.

The actor was also the cover girl for the April issue of Vogue India. Sara looked groovy in a red fishnet dress by Loius Vuitton. With wavy, flowy hair, Sara looked all summer-ready in her Vogue shoot.

Sara made a promising debut with 'Kedarnath' where she shared screen space with Sushant Singh Rajput and her second film 'Simmba' went on a huge roll in the theatres with a commendable box office collection.

The actor will next be seen in Imtiaz Ali's directorial film alongside Kartik Aaryan.

I get a bit detached with all my films: Abhishek Kapoor