Sara, who enjoys a massive fan following on social media, has been keeping them updated with latest happenings. And her latest post involves her younger brother Ibrahim Ali Khan. 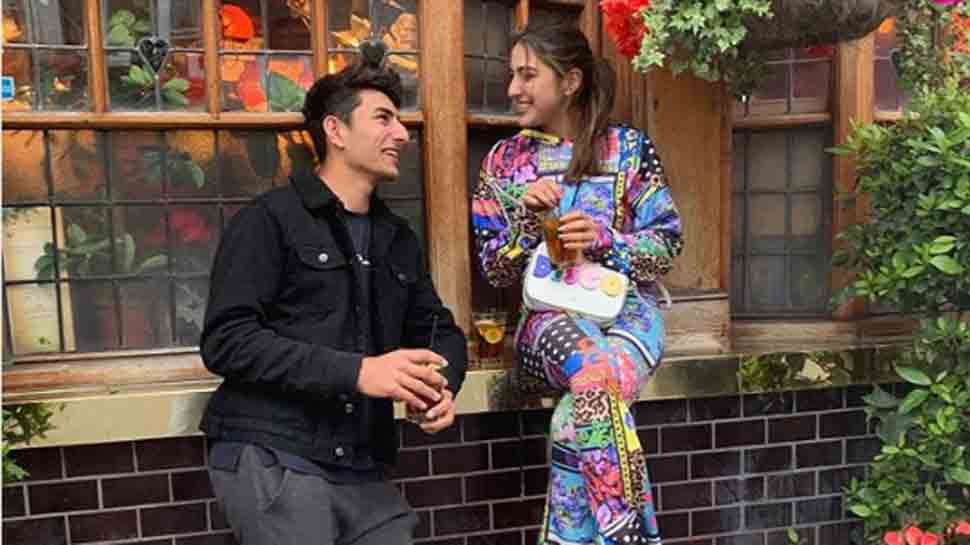 New Delhi: Saif Ali Khan and his former wife Amrita Singh have two children together—Sara and Ibrahim Ali Khan. The kids are all grown up and hugely popular on social media. Sara made a smashing debut with 'Kedarnath' last year. And though, the film was a moderate Box Office success, she was applauded for her acting. She followed it up with a Box Office smash hit 'Simmba'.

Sara, who recently wrapped up the shooting of Imtiaz Ali's 'Aaj Kal', is currently holidaying with her mom Amrita and brother Ibrahim in London and the family is family a whale of a time together. The 'Simmba' actress has been making sure to regularly share pictures from her vacay with her fans on Instagram.

On Sunday, Sara shared a picture with Ibrahim that screamed love and happiness and she captioned it writing, " "I smile because you’re my brother ...I laugh because there’s nothing you can do about it."

I smile because you’re my brother ...I laugh because there’s nothing you can do about it

We just love how Sara and Ibrahim are adorably looking at each other in the frame and it clearly shows how much they enjoy each other's royal company and their beverages. In the picture, while Sara is all dressed up in a bright and colourful ensemble, Ibrahim is wearing a more toned-down outfit of a black jacket and grey pants.

And while Sara made her dream debut in Bollywood last year, Ibrahim, who is currently studying, is yet to decide if he will join the films or not.

On the work front, Sara will next be seen in Imtiaz Ali's 'Aaj Kal', which is rumoured to be a sequel to 2009 release 'Love Aaj Kal'. Sara is paired up opposite Kartik Aaryan. The shooting of the film took place in Mumbai, Delhi, Udaipur and Shimla.

It is scheduled for release on 14 February 2020 on Valentine's Day.