Sara Ali Khan shares a black and white passport size picture of Amrita from one of her official documents.

The photo is a black and white passport size picture of Amrita from one of her official documents. Amrita looks like a splitting image of her 25-years-old daughter Sara in the photo.

Sara captioned her picture as 'Like a mom!?!?' asking her fans if they can see the resemblance between the two. 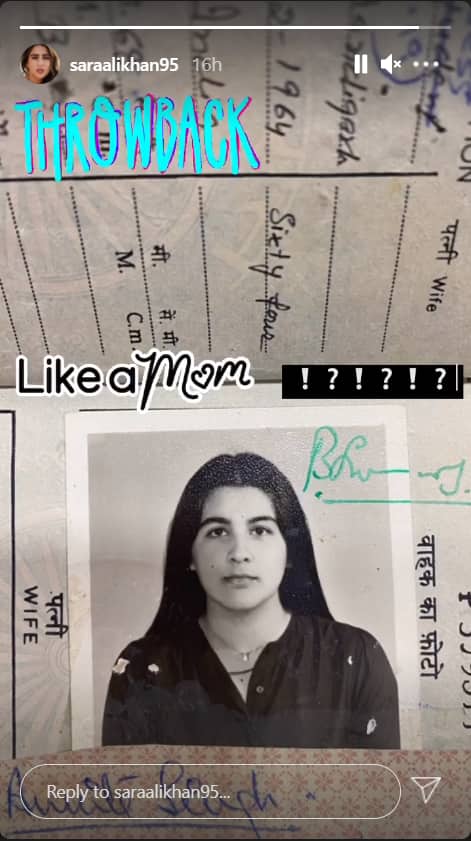 The ‘Love Aaj Kal 2’ actress often shares twinning photos with her mother on her Instagram handle. Take a look at some of these stunning photos.

On the work front, Sara was last seen alongside actor Varun Dhawan in the official remake of the 1995 hit comedy film ‘Coolie No. 1’. The film, which was released on Christmas last year on Amazon Prime, failed to impress the critics.

The actress will next be seen in Anand L Rai directorial ‘Atrangi Re’ along with actors Akshay Kumar and Dhanush.