Sara Ali Khan was spotted in Mumbai wearing a neon-green top with a jacket in the same colour and black joggers. She left her hair open and wasn't having any makeup on. 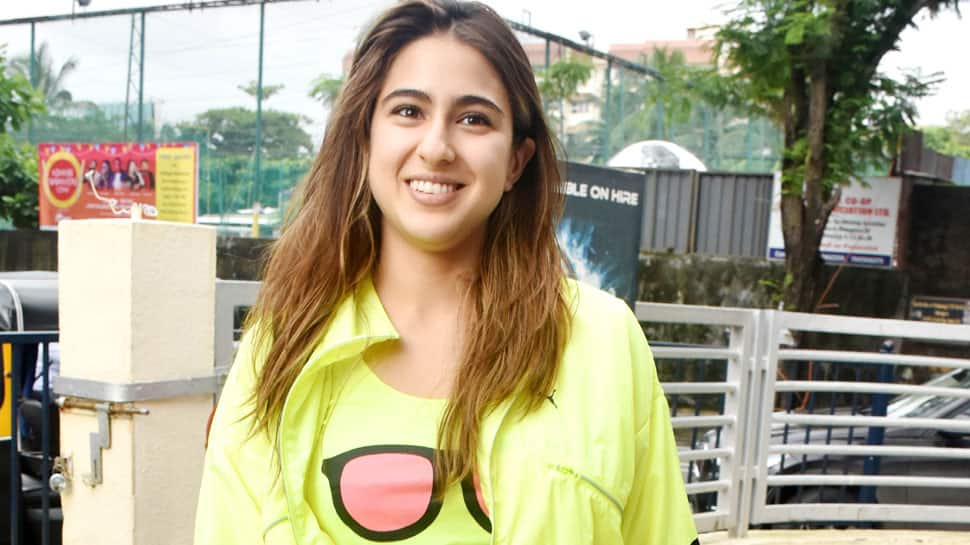 New Delhi: Bollywood actress Sara Ali Khan is often spotted in the city and is captured by the shutterbugs. On Friday, the actress was seen at PVR in Juhu and was all smiles as paps clicked her pictures.

Sara was seen wearing a neon-green top with a jacket in the same colour and black joggers. She left her hair open and wasn't having any makeup on. 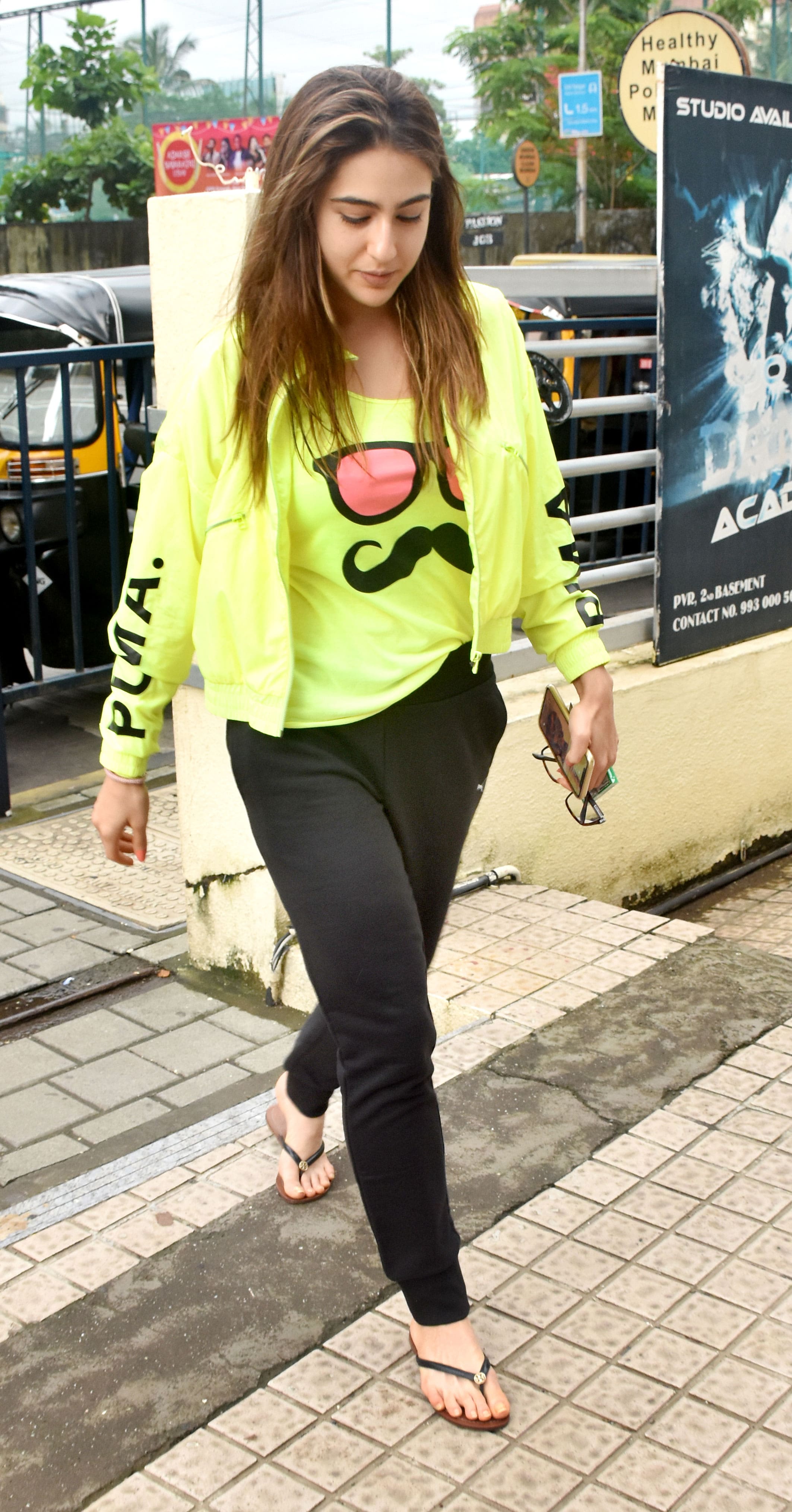 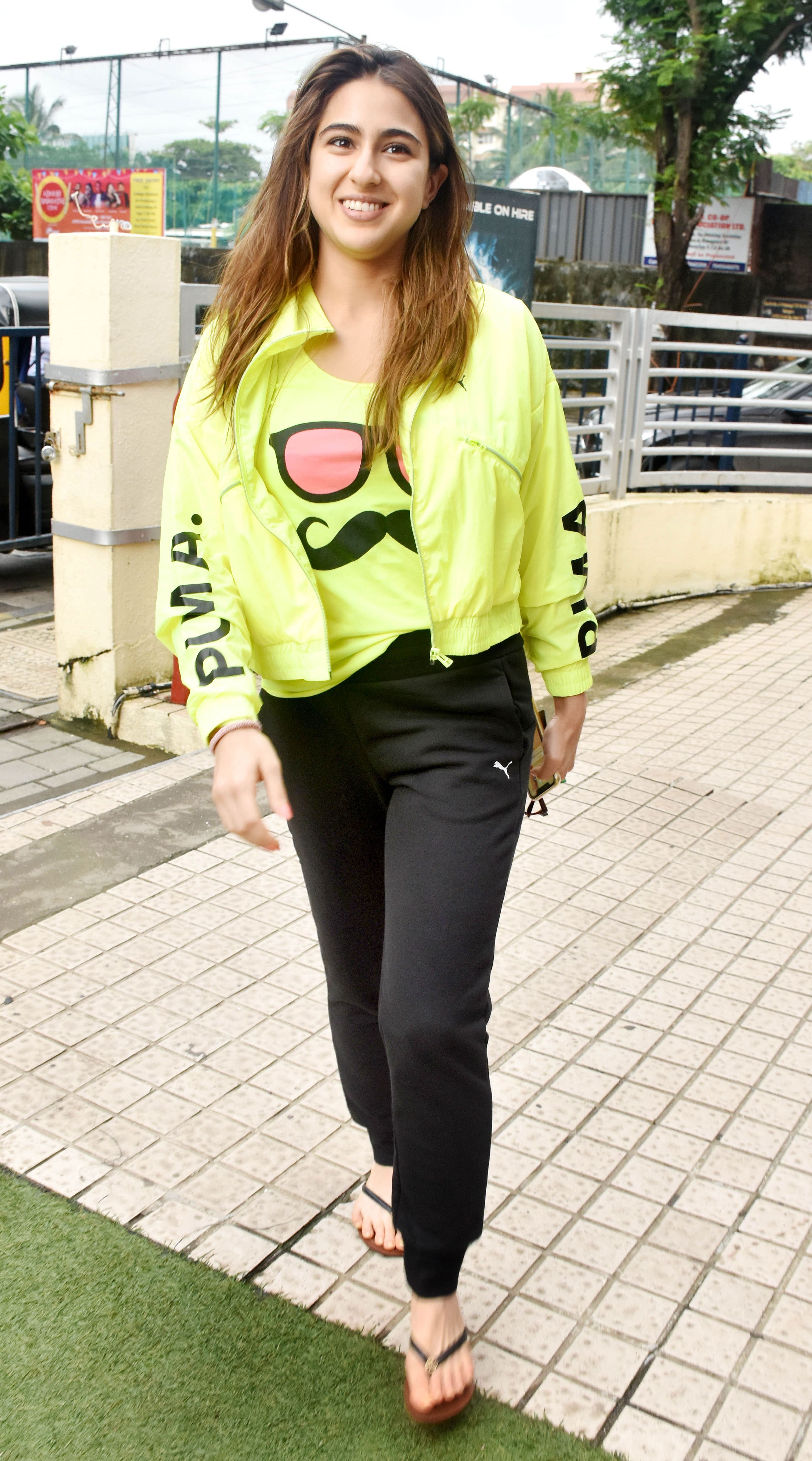 Sara recently won the Best Debut Actor (Female) award at IIFA 2019. She looked stunning for the event in a white, off-shoulder ball gown.

The actress made her Bollywood debut with ' Kedarnath' opposite Sushant Singh Rajput. The film had released last year and fans were left awestruck by the new-comer's performance.

Sara will next be seen with rumoured beau Kartik Aaryan in Imtiaz Ali's 'Aaj Kal'.