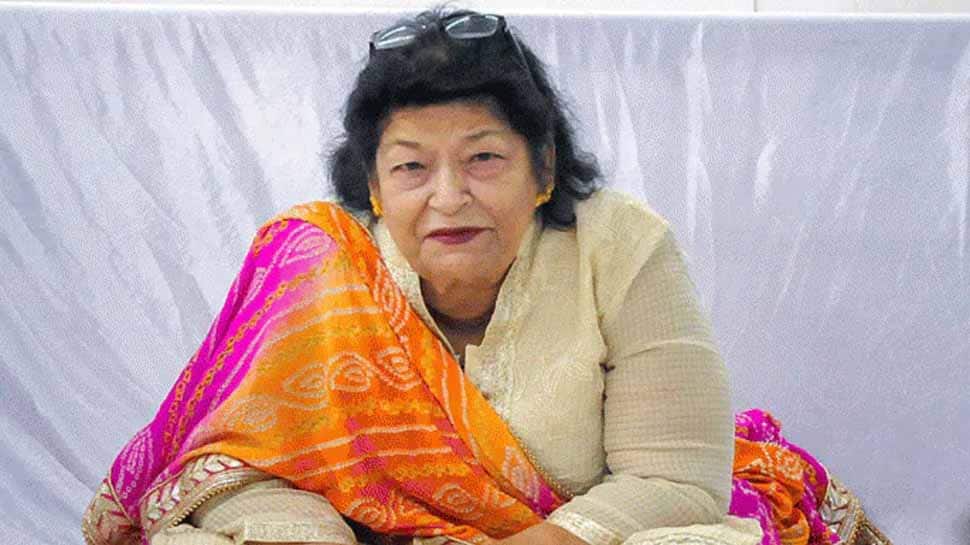 Mumbai: Legendary Bollywood choreographer Saroj Khan died early Friday morning at 2 am at Guru Nanak Hospital in Bandra, Mumbai after suffering from a cardiac arrest. Her body has been sent to a cemetery near Malad Mith Chowki.

She is survived by son Raju and daughter Sukaina Khan.

Saroj Khan was hospitalised since June 20, 2020, after she complained of breathing difficulties. She was rushed to Guru Nanak Hospital in Mumbai's Bandra. She had tested negative for coronavirus.

Superstar Akshay Kumar expressed his condolences, he said Khan made dance look easy and accessible. "Woke up to the sad news that legendary choreographer #SarojKhan ji is no more. She made dance look easy, almost like anybody can dance, a huge loss for the industry. May her soul rest in peace," Akshay wrote on Twitter.

While Suniel Shetty called Saroj Khan a true guru. "You are loved... You are irreplaceable... A true Guru," he wrote.

In a career spanning over four decades, the three-time National Award winner had also choreographed songs such as 'Dola Re Dola' ('Devdas'), 'Ye Ishq Haaye' ('Jab We Met') and tracks from 'Manikarnika'  and 'Tanu Weds Manu Returns'.

Her last project was also with Madhuri for 'Tabaah Hogaye' from 'Kalank'.