Recently, she burst into tears while talking about her new hit single,"Lose You to Love Me" sharing her feelings about her friendship with Taylor. 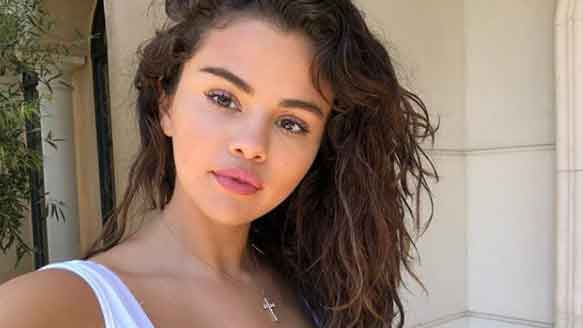 Washington: Selena Gomez is blessed to have friends like Taylor Swift in her life as it has helped her to get through rough times.

Recently, she burst into tears while talking about her new hit single,'Lose You to Love Me' sharing her feelings about her friendship with Taylor.

Selena while talking about her best friend forever, said "[Taylor] was frustrated when I was frustrated, she was sad when I was sad, but more than anything, my friends stood by my side. When I think they visibly saw me in so much pain, they didn`t want it for me, but they, sorry, they never stopped loving me," Reported CNN.

While fighting back her tears the 'Kiss and tell' crooner added, "And I played her the song and I played it with her mom and dad and I showed her the video and her mom and Taylor started crying, and it wasn't because the song was emotional, it was just because the first thing they said to me was 'We're so happy that you`re here.' After seeing all of that, this is such a cool moment, and that`s a huge thing for me."

Gomez released the song last week. The lyrics include a reference to a toxic relationship that some listeners theorized to mean by her ex-boyfriend, Justin Bieber. Bieber and Gomez had a thunderous relationship with many breakups over the past several years.

Most recently they had split in March of 2018 and Bieber began publicly dating Hailey Baldwin just two months later. Bieber and Baldwin held a wedding ceremony earlier this month.