A year after singer Meesha Shafi accused Ali Zafar of sexual harassment, the singer-actor on Saturday urged her to face the court as her case against him was dismissed. He even drew a parallel between her and Nobel laureate Malala Yousafzai. 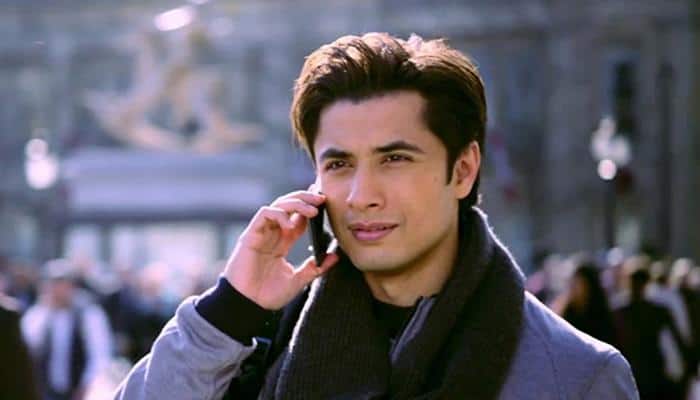 Lahore: A year after singer Meesha Shafi accused Ali Zafar of sexual harassment, the singer-actor on Saturday urged her to face the court as her case against him was dismissed. He even drew a parallel between her and Nobel laureate Malala Yousafzai.

Ali wrote on Twitter: "Meesha Shafi's case against me has been dismissed alongside the appeal made against the dismissal. The case in the court is my case against her to pay for damages that her false statement has caused me, which naturally she is trying to run away from.

"I have also filed a case against all the fake and other accounts being used to run a campaign against me on social media. I have been quiet about all this for a year while thousands of disgusting tweets were posted against me, like a campaign every time a big event comes. But it's time to expose the truth via due process of law for which I urge the FIA (Federal Investigation Agency) to take strict legal action.

"And a prayer to our respected courts to decide the matter at earliest for which I would like everyone to join me in asking Miss Shafi to come to the court. #FaceTheCourtMeeshaShafi."

Ali's statement comes just days after Pakistan media reported that celebrities and award recipients of Lux Style Awards 2019 staged walkout to protest an invite to Ali. Some artistes even withdrew their names from nominations.

Outside a sessions court, which heard the defamation suit against Meesha, Ali said, "I am truthful and those who are honest appear without being called. There was a social media campaign against me and I have taken this up with the FIA."

"I can't believe that anyone can come forward and accuse someone who's innocent and decent, has worked hard for over two decades -- solely on social media. Those who accused me, levelled allegations for personal gains and then went to Canada, the truth is I was targeted for personal gains. I don't know whether by doing this she wanted to become another Malala and get fame abroad," he said according to a report by The Express Tribune.

Ali's statement in which he mentioned Nobel laureate Malala Yousafzai, received criticism on social media. He later took to Twitter to say Malala was a true warrior who stood for truth and justice, having made great sacrifices. "Meesha cannot become her by lying and running away from justice, hiding behind fake profiles on social media," he wrote.

The singer added he filed a contempt case against Meesha a year ago.

"It is important to mention that Meesha's case was dismissed as was her appeal. The case that's ongoing is my case of compensation. It has been a year and our witnesses have appeared eight times. The case should be decided fast for my truth and their lie can be revealed," he said.

Meesha had called out Ali last April, accusing him of sexual harassment.

In a social media note, she wrote: "Ali is someone I have known for many years and someone I have shared a stage with. I feel betrayed by his behaviour and his attitude and I know that I am not alone."