Veteran actress Shabana Azmi has said she is a huge admirer of handloom work, adding that we should support the handloom industry so that we can save the dying art. 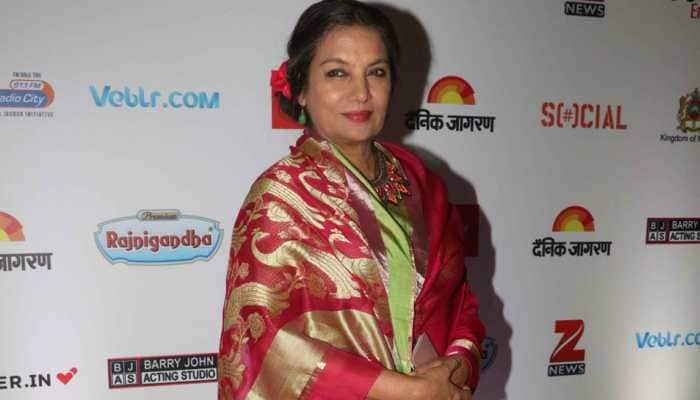 Mumbai: Veteran actress Shabana Azmi has said she is a huge admirer of handloom work, adding that we should support the handloom industry so that we can save the dying art.

Azmi was interacting with the media while inaugurating fashion designer Shraddha Sawant's exhibition named ‘The Magic of Looms - Massakali', here on Saturday.

At the exhibition, Indian handloom sarees like Chanderi, Benarasi, Zari, Khadi-Jamdani, Ikat, Kanjivaram, Garhwal, among others, and over 500 hand-woven creations by weavers from across India are on display, to keep alive the dying art.

"Firstly, I want to congratulate Shraddha Sawant for her lovely initiative. I really like handloom work since my childhood because my mother Shaukat Kaifi was really fond of handloom work. She inculcated the love and respect for handloom work in me as well," said Azmi.

Azmi recalled that she had shot a film called "Susman", which highlighted plight of handloom weavers.

"Many years ago, I did Shyam Benegal's film called ‘Susman' (1987) in which Om Puri played the role of a weaver and I played his wife. It highlighted the struggle of rural handloom weavers in the wake of rapid industrialisation. In that era, only men used to weave but now when I see women also weave, I feel really happy," she said.

Azmi said that people should support the handloom industry in their own capacity. "When we talk about workforce in India, then I feel that people who do handiwork are really important, but the handloom industry has been restricted to a very few parts of the country. I feel it's a huge part of our culture, history and tradition, and because of this industry, many weavers are getting employment opportunities. So, I feel we should support them in our own capacity."

Shabana Azmi is the most honoured actor at the National Film Awards, having won in the Best Actress category a record five times.