The visit to the Maldives by the Khans comes right after Suhana completed her graduation from London. 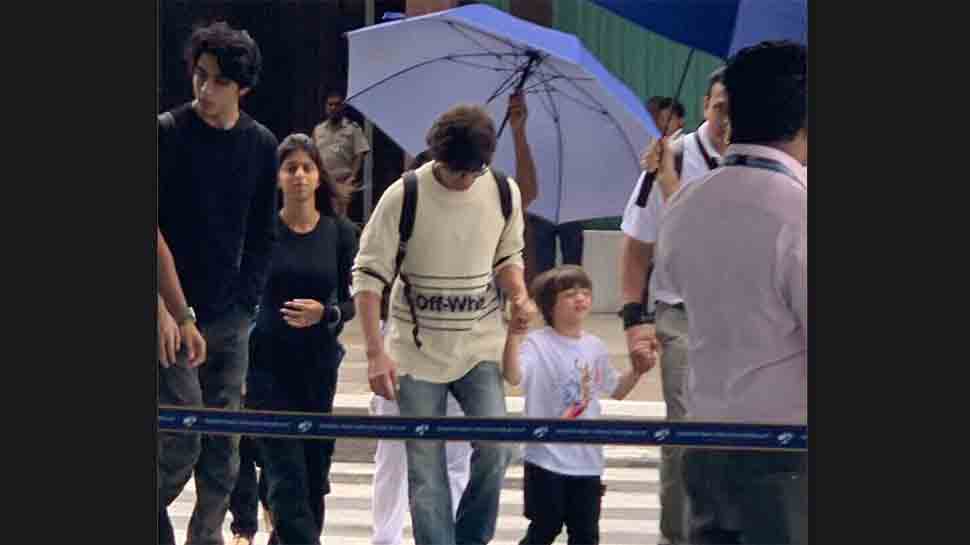 New Delhi: Superstar Shah Rukh Khan, who has decided to take a break from the film for a while, is having the time of his life. After enjoying a family dinner outing at a restaurant in Bandra on Tuesday night, King Khan immediately jetted off to the Maldives with his wife and kids for a quick getaway. And pictures of the superstar from the Maldive airport are all over the internet.

In pictures shared by a fan club of the actor, Shah Rukh was seen in an off-white sweater and blue faded jeans carrying a backpack looking dapper as ever. AbRam looked joyful and was dressed in a white tee and black pants while Suhana and Aryan teamed it in black.

Take a look at their vacay pictures which has gone viral on social media:

Last seen in Anand L Rai's 'Zero', Shah Rukh is yet to announce his next project. He recently made his first 'appearance' with his son Aryan on the big screen this weekend. Shah Rukh and Aryan voiced the Hindi version of Disney’s latest The Lion King. Speaking about his connection with the 'Lion King', he said that he had watched the film over 40 times with his kids.

Suhana, meanwhile, has completed her graduation in London and is back home. She also won the Russel Cup for her contribution to drama. Earlier, talking about his daughter's acting career in Bollywood, Shah Rukh had stated that he wanted his daughter Suhana to learn the craft of acting before venturing into films as he did not want her to simply assume that she was talented.

He added that Suhana will train for three-four years more, doing plays and theatres before she ventures into the film industry.

FaceApp challenge? Smriti Irani did that years ago - Here's proof