Bollywood superstar Shah Rukh Khan has clocked 39 million followers on Twitter. With this massive increase in the no of followers, SRK has become the most-followed Indian celeb on the social media app. 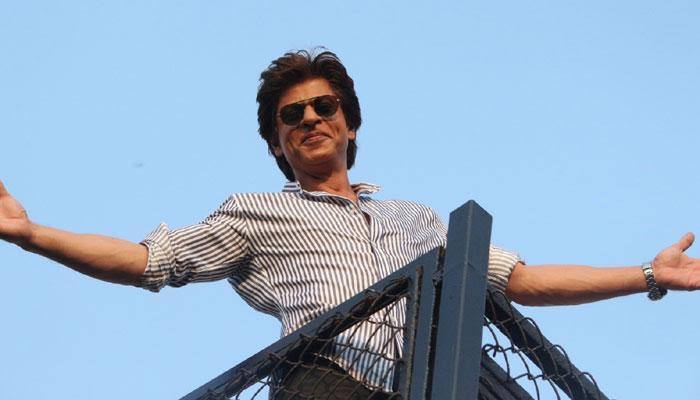 New Delhi: Bollywood superstar Shah Rukh Khan has clocked 39 million followers on Twitter. With this massive increase in the no of followers, SRK has become the most-followed Indian celeb on the social media app.

Coincidentally, a few days ago, during an #AskSRK session with his fans on Twitter, one of his fans asked him about his absence from Bollywood after Zero debacle. To which, the actor shot back with a witty answer. "Ha ha. Main khud Bollywood hoon!" he wrote. His fan following on Twitter proves that he is truly the undisputable King of Bollywood.

The first Indian entertainer to hit the number 39 Million

He is the reason why bollywood getting name in overseas territories ...#SRK39Million pic.twitter.com/tW8cl0bQGF

On the work front, Shah Rukh was last seen in Zero helmed by Anand L Rai. The film starrer Anushka Sharma and Katrina Kaif in lead roles. Despite all the promotions, the film failed to impress the audience and failed terribly at the Box Office. Shah Rukh has been away from the big screen since his film Zero failed to create a mark.

Talking about his upcoming film, SRK was quoted by IANS as saying, "I am thinking and taking some time. I am working on two or three scripts and, Inshallah, as soon as they are ready, I am ready. Because most of the people with whom I am working are busy so, Inshallah, I will announce it myself. I feel till the time rumours are floating around, it's good because some of them have given me ideas."