Shah Rukh Khan has an epic response to Gauri Khan's pic with AbRam, Yash and Roohi—See inside 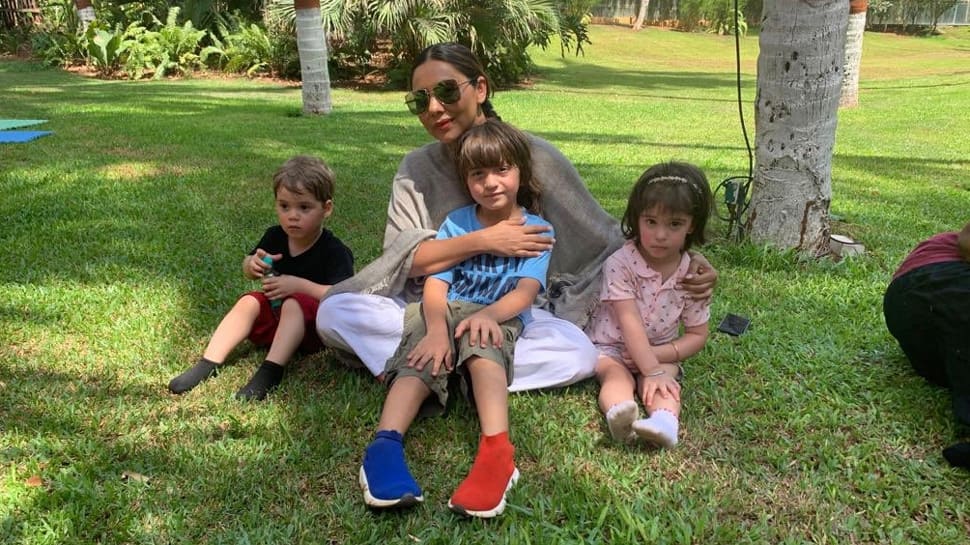 New Delhi: Superstar Shah Rukh Khan is a doting husband to Gauri Khan and a caring father to his three kids—Suhana, Aryan and AbRam. The actor often shares deets from his life on social media and keeps his fans hooked. King Khan is one of the few actors who has a huge fan-following, not just in the home country, but abroad as well. The actor is known for his witty replies and calm demeanor.

The actor's response on his wife Gauri's latest picture is too epic to go unnoticed!

On Sunday, Gauri took to Twitter and shared a picture with her younger son AbRam and Karan Johar's kids—Yash and Roohi.

The caption is, “Spending time with the three musketeers”

SRK's next project has not yet been announced.

Hrithik was superstar in my eyes when we met: Sussanne Khan