The family might attend one of India's upcoming World Cup 2019 matches to be held in England. 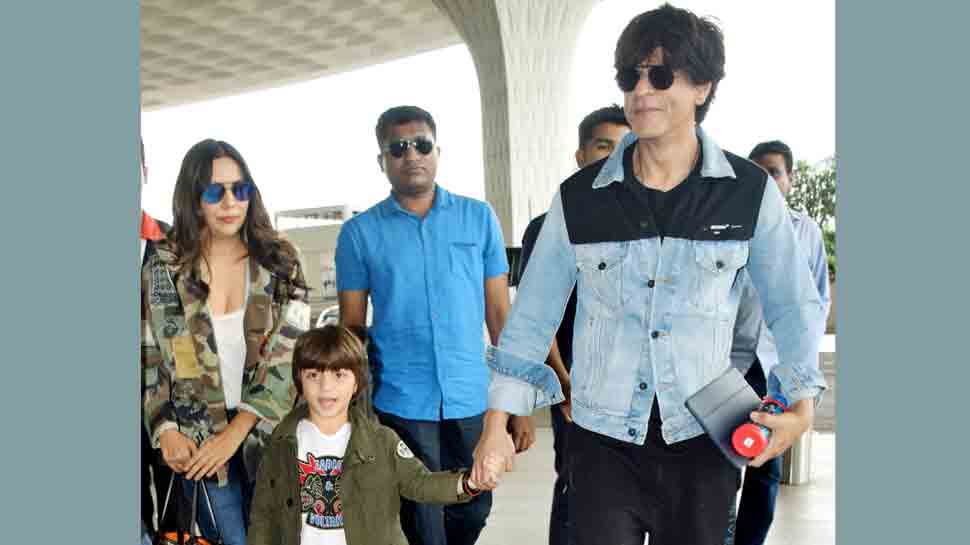 New Delhi: Superstar Shah Rukh Khan has apparently decided to keep himself away from the silver screen after the Box Office debacle of his last release 'Zero'. And the actor has been making sure to spend maximum time with his family.

On Monday, Shah Rukh was snapped along with his family — wife Gauri and son AbRam at Mumbai airport as they headed to London for a mini family vacation.

The family might attend one of India's upcoming World Cup 2019 matches to be held in England.

We got our hands on some of the pictures of the Khan family at the airport. In the pictures, both Shah Rukh and AbRam looked absolutely handsome as they were ready to take off the runway. The 'Badshah' Khan was seen in a denim shirt with black patchworks and brown joggers, which he teamed with white sneakers and hexagon-shaped sunglasses.

The little munchkin looked cute in a white tee which he wore with olive green jacket and pants.

Gauri donned a stylish look in a white tank top and blue jeans with a camouflage jacket which had patchwork all over. She rounded off her look with nude mocassins, blue aviator sunglasses and a tote bag. 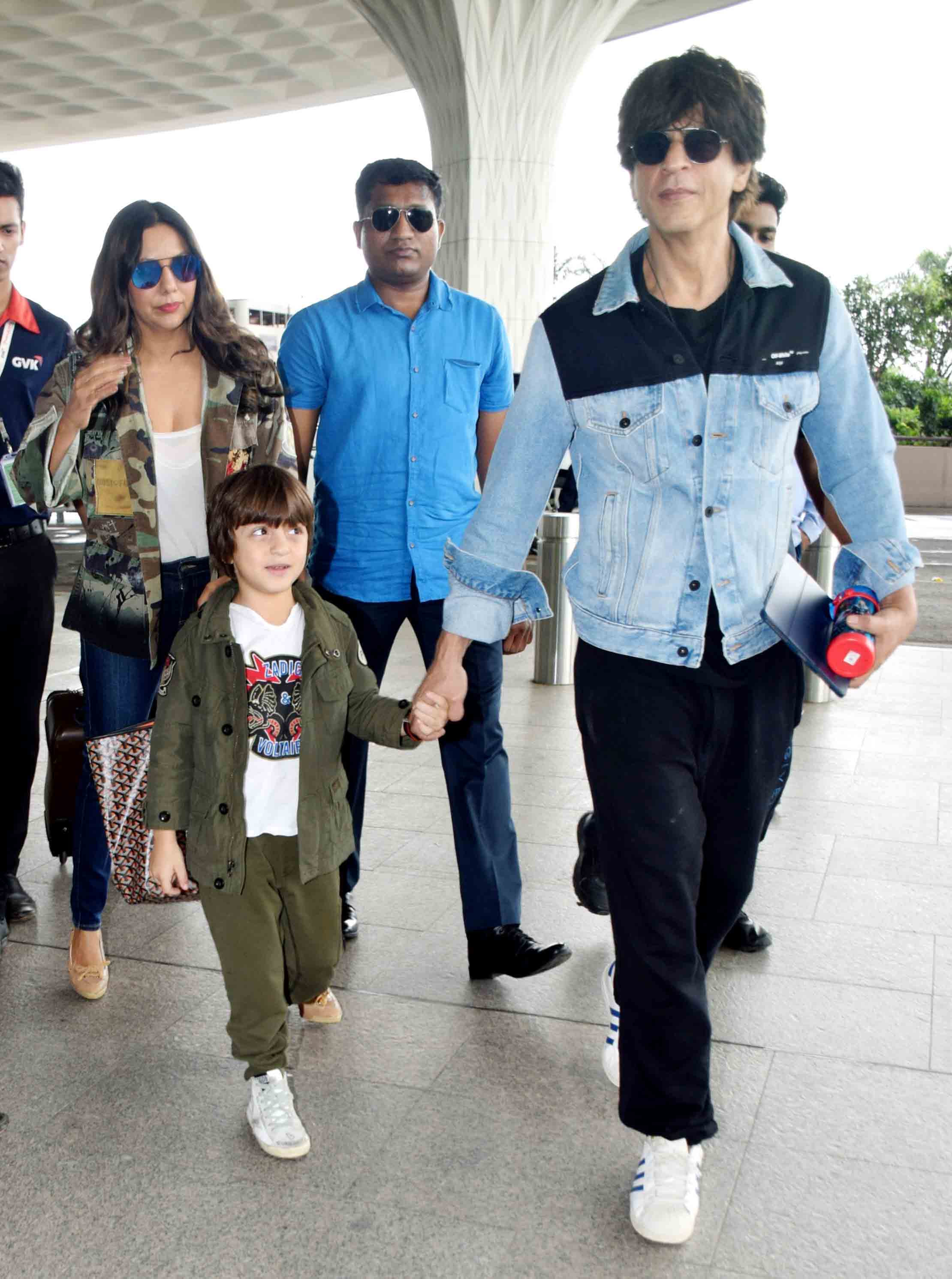 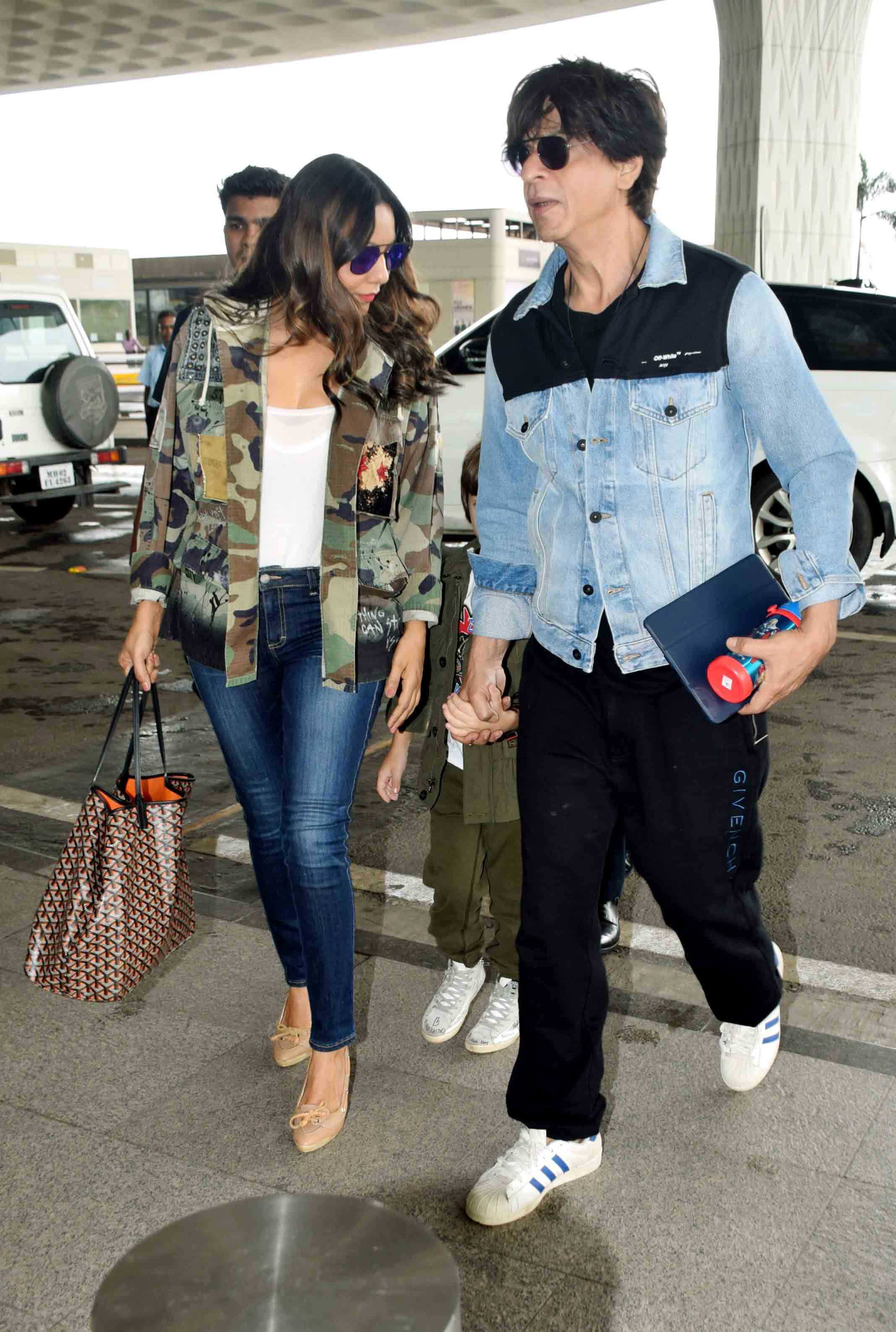 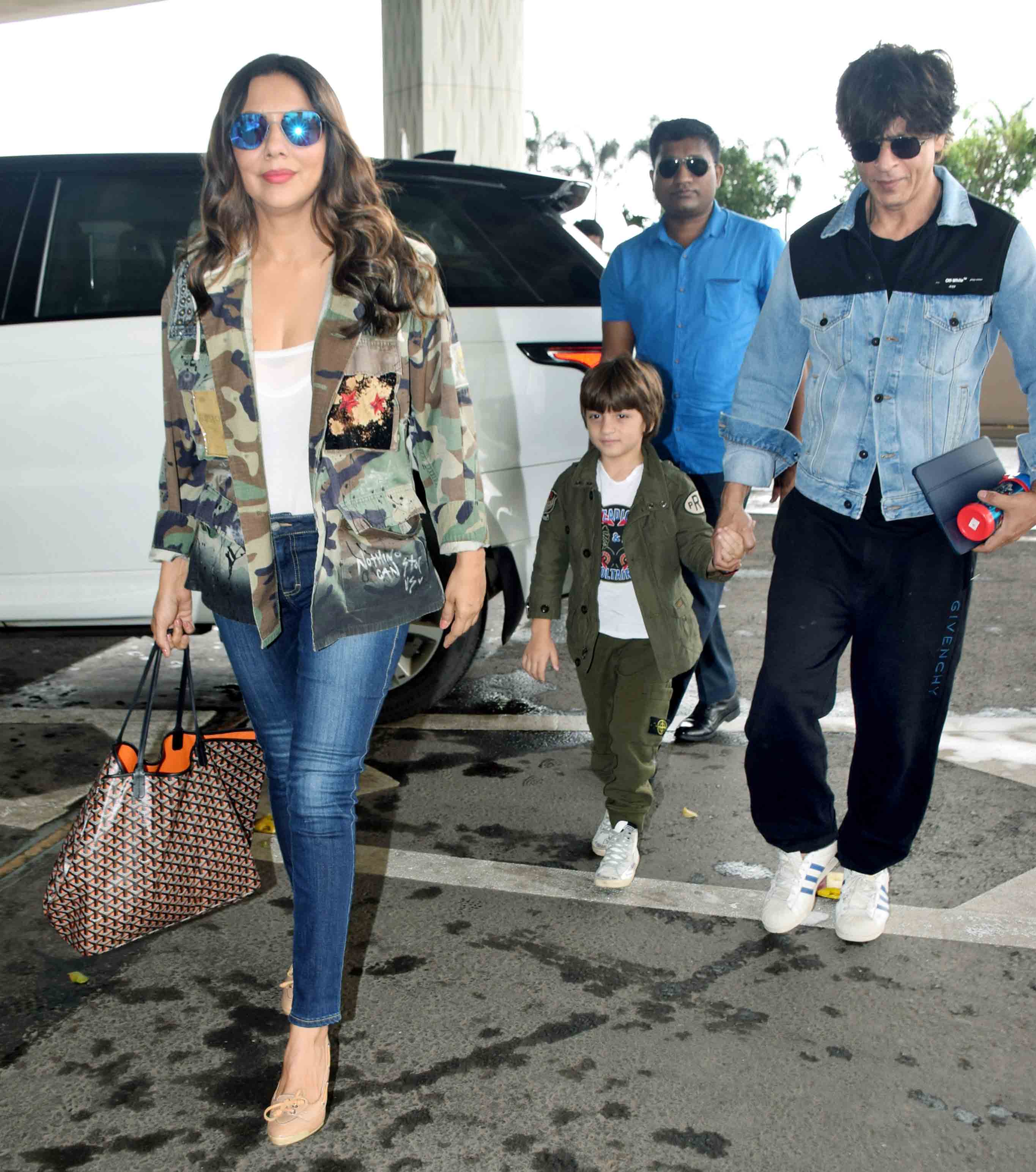 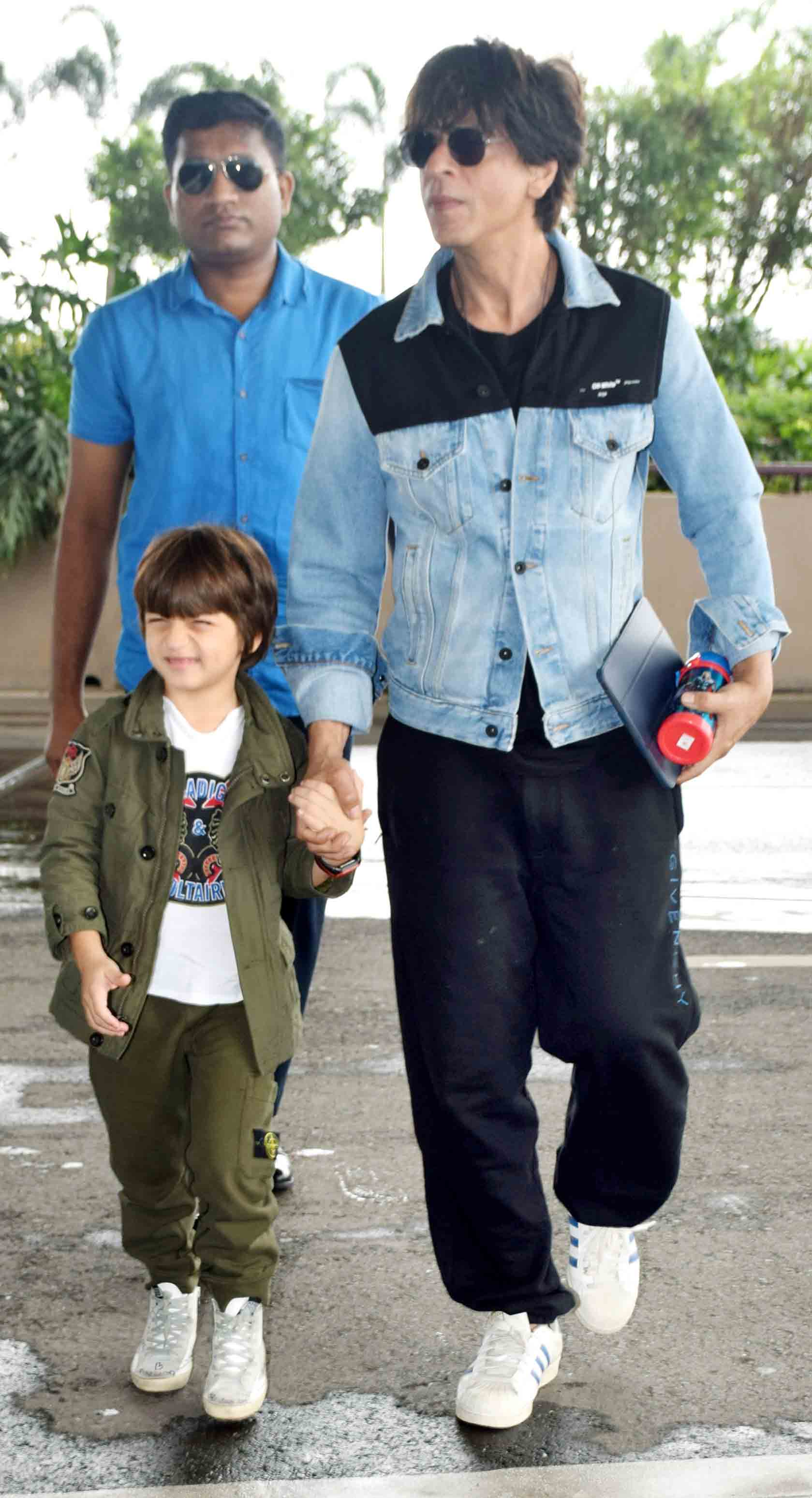 In the meantime, Shah Rukh has been in the news for the second season of his chat show 'Ted Talks' which is all set to go on air. He is rumoured to have been approached for 'Dhoom 4' and 'Salute'.

Director Mani Ratnam back to work after 'routine' health check-up