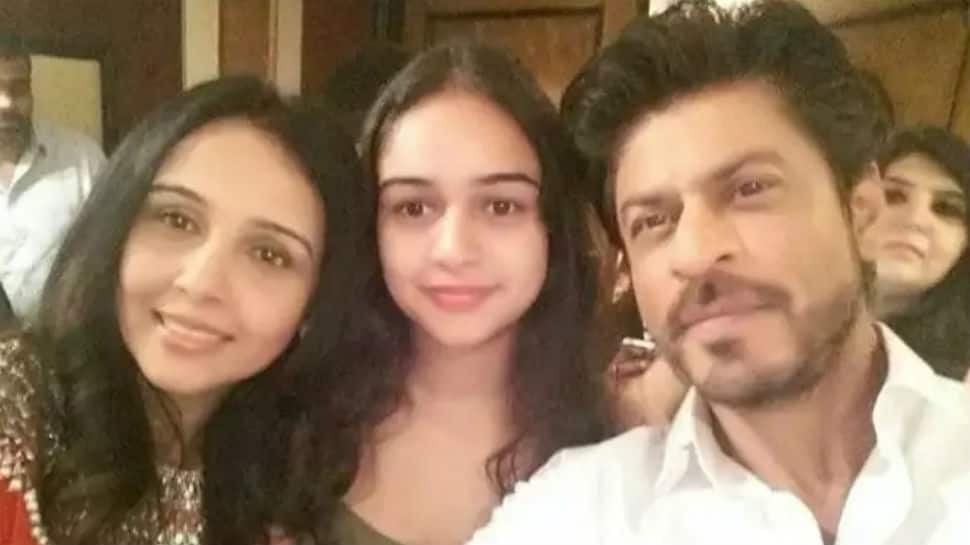 New Delhi: As superstar Shah Rukh Khan's 1994 film 'Kabhi Haan Kabhi Naa' clocked 26 years, his co-star Suchitra Krishnamoorthi treated their fans to an epic selfie of the duo together with her daughter Kaveri Kapur. She also tweeted about the film, which marked her debut in Bollywood, and wrote that she was “blessed” to be a part of it.

Celebrating 26 years of 'Kabhi Haan Kabhi Naa', the 44-year-old actress wrote, “I've done very few movies in my long life. Blessed to have been a part of this one - I was in the right place right time & so many years later, people still know me as Aana. Smiling face with smiling eyes #26YearsOfKabhiHaanKabhiNaa.”

I've done v few movies in my long life.Blessed to have been a part of this one- I was in d right place right time & so many yrs later ppl still know me as #Aana #26YearsOfKabhiHaanKabhiNaa   @iamsrk @TheFarahKhan @AshGowariker #deepaktijori #jatinlalit Miss u #KundanShah

Meanwhile, their now-viral selfie features Kaveri sandwiched between Suchitra and SRK. It appears to be taken at a party.

“26 years of #KabhiHaanKabhiNaa and my Twitter timeline is exploding with the love,” she tweeted.

26 years of #kabhihaankabhinaa and My Twitter timeline is exploding with the love.  pic.twitter.com/na5oCnYvtR