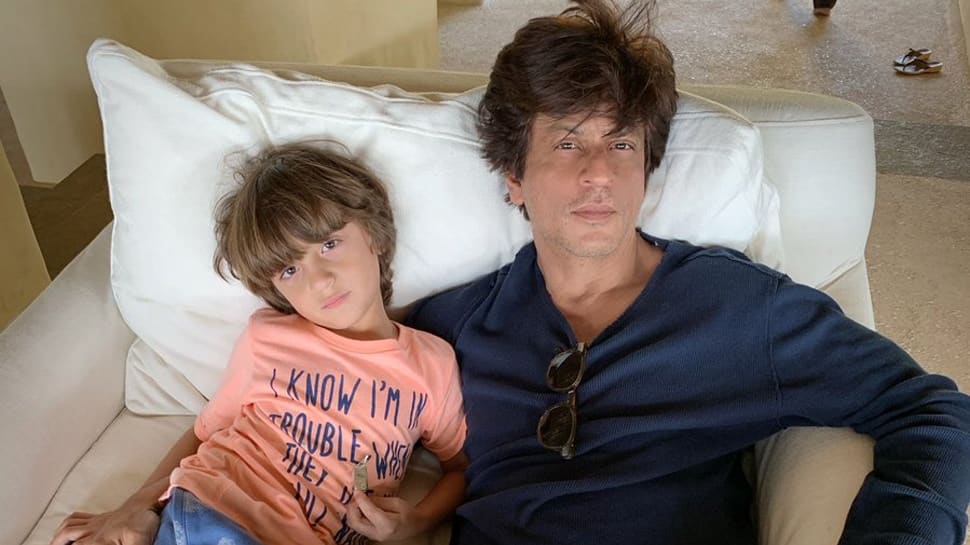 New Delhi: Bollywood superstar Shah Rukh Khan is a doting husband to Gauri and a caring father to his three children, Suhana, Aryan and AbRam. The actor often shares deets from his life on social media and keeps his fanbase happy and updated. SRK is one of the actors who have a huge fan-following in not just the home country, but abroad as well.

On Sunday, the actor took to Twitter and shared a picture with his younger son. The pic is captioned as, “Weekend Research: “A survey has found that One in Three men are just as lazy as the other Two! “ We r the other two and we don’t agree....mom!”

Weekend Research: “A survey has found that One in Three men are just as lazy as the other Two! “ We r the other two and we don’t agree....mom! pic.twitter.com/BRhzslpD73

Did the pic give you lazy Sunday vibes?

SRK got married to his first love, Gauri on October 25, 1991. The two make for one of the most loved couples of Bollywood today and continue making us believe in true love!

On the work front, SRK's latest outing 'Zero' has received mixed reviews from the critics as well as the audience. The film also starred Katrina Kaif and Anushka Sharma in lead roles besides SRK. Though the script of the film was not upto the mark, all three lead actors have received a lot of appreciation for their performance in the film.