Aryan Khan, who was arrested by the NCB in a drug seizure case, was on Thursday sent to a 14-day judicial custody. A Mumbai court will on Friday hear the bail applications of Aryan, on the day his mother Gauri Khan turns a year older. 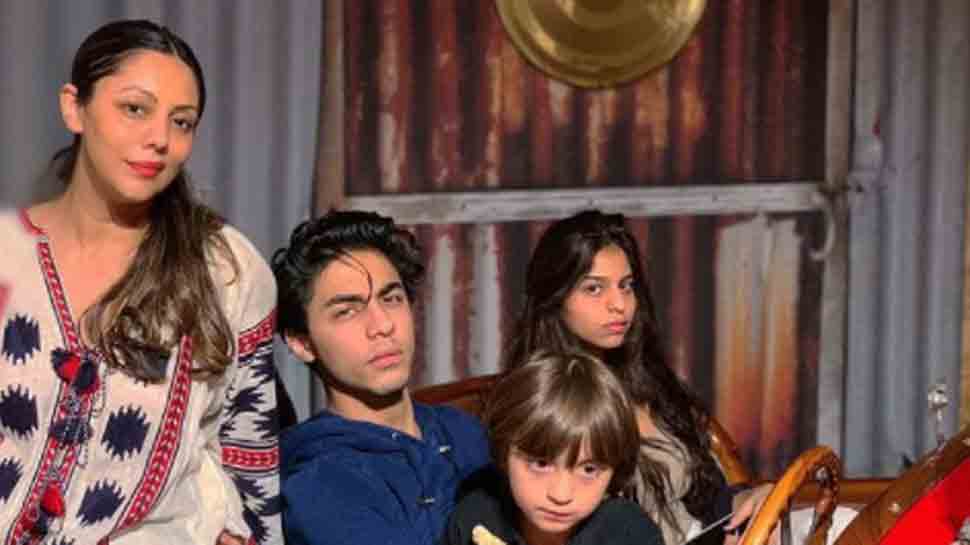 MUMBAI: A Mumbai magistrate's court on Thursday sent Aryan Khan, son of Bollywood megastar Shah Rukh Khan, besides 7 others accused in the rave party raids aboard a ship carried out by the Narcotics Control Bureau, to 14 days judicial custody. The court will hear the bail plea of Aryan in a drug seizure case on Friday, the day his mother and superstar Shah Rukh Khan's wife Gauri Khan turns 51.

Needless to say, the mother of the 23-year-old must be hoping that her birthday on Friday turns out to be a special day with her son Aryan coming back to his residence, Mannat. Shah Rukh Khan and Gauri Khan have not been seen in public ever since the arrest of their son. Meanwhile, several Bollywood celebrities including Salman Khan, Alvira Khan, Hrithik Roshan, Pooja Bhatt have expressed their support to the family at the difficult time.

Shah Rukh's fans have also been expressing their support to the Bollywood superstar, standing with placards outside his Mumbai bungalow.

Earlier in the day, Additional Chief Metropolitan Magistrate RM Nerlikar declined NCB's plea for four days custody of Aryan Khan and others till October 11, and sent them to judicial custody for 14 days. Aryan's lawyer Satish Maneshinde and advocate Taraq K. Sayed, representing another accused Arbaaz Merchant, said that now they plan to move the appropriate court for regular bail on Friday.

Creating a huge sensation, the NCB sleuths had raided a rave party on a cruise on October 3 and detained Aryan and 7 others. Later, the following day, they were formally arrested and produced before ACMM Nerlikar on Sunday who sent them to custody till October 7.

Inspiring: Sidhartha Mallya is all praises for ex-girlfriend Deepika Padukone, here's why!