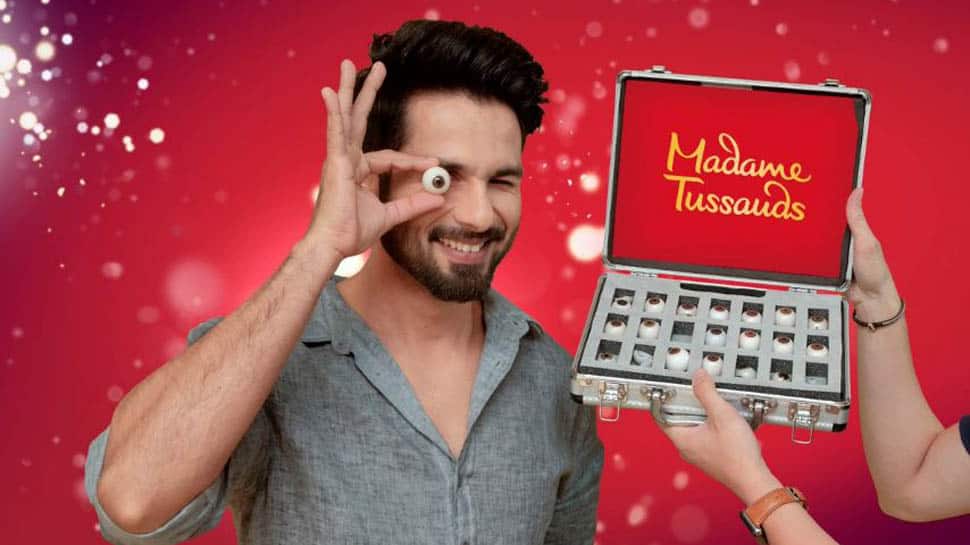 New Delhi: Bollywood hunk Shahid Kapoor is all set to unveil his wax statue at Madame Tussauds Singapore. The actor took to Twitter to share the news of him being immortalised in wax for the first time.

Taking to Twitter, Shahid wrote, "7 days from now, I will be unveiling my first & only wax figure at @MTsSingapore! Stay Tuned!
#shahidkapoor #MadametussaudsSG #MTSG #ShahidMTSG."

7 days from now, I will be unveiling my first & only wax figure at @MTsSingapore! Stay Tuned! #shahidkapoor #MadametussaudsSG #MTSG #ShahidMTSG pic.twitter.com/aImlvzkloh

On the work front, Shahid is gearing up for his ambitious project Kabir Singh which also stars Kiara Advani. The much-awaited trailer of the film will be unveiled on May 13, 2019.

Shahid plays the lead role in the action drama. The story revolves around a brilliant medical professional who battles alcoholism and sets out on a path to self-destruction after his ladylove settles for someone else.

'Kabir Singh' is a remake of Telugu blockbuster 'Arjun Reddy'. The Hindi remake has also been directed by Sandeep Vanga—who helmed the original as well.

In the original, Vijay Deverakonda and Shalini Pandey played the lead roles. The film will hit the screens on June 21, 2019.