On the work front, Shahid Kapoor will be next seen in Kabir Singh 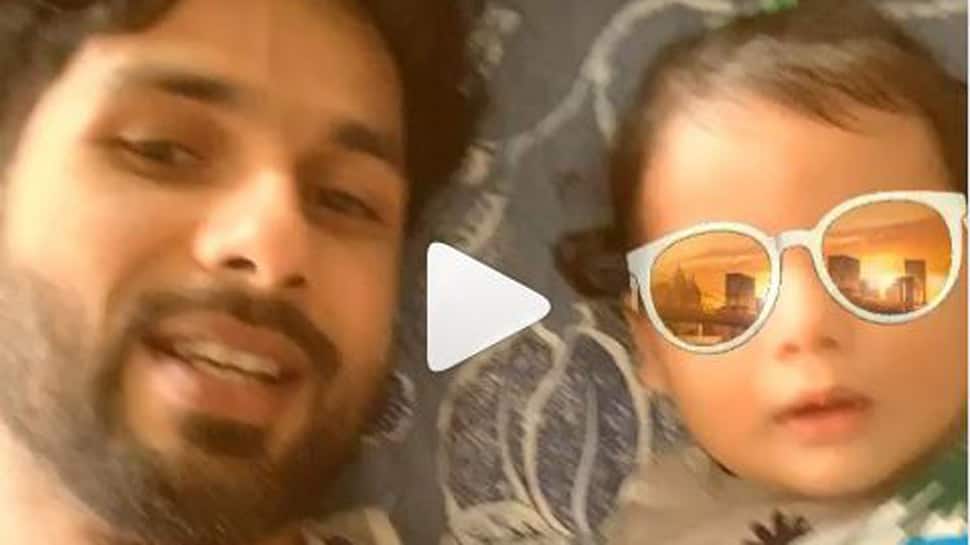 New Delhi: The hottest dad in B-town Shahid Kapoor on Tuesday posted an adorable video of his son Zain Kapoor on Instagram. The video of Shahid trying out the shades filter with his son on the photo-sharing app has sent netizens into a tizzy.

The video shows Shahid lying on the bed with his sonny boy and trying out the Instagram filter.

Sonakshi Sinha, who was Shahid's co-star in R Rajkumar, had the best reaction to the video. She wrote, "Hes so cute duuuude... how is he yours??? Obv gone on mommy."

Although there's not much media frenzy around Shahid's children Misha and Zain Kapoor, they are quite popular on social media. Everytime their pictures are posted on social media, they go viral in no time.

Shahid and Mira welcomed their little munchkin Zain on September 5, 2018. They had announced his arrival on Instagram by sharing a picture of their elder daughter Misha with 'Big sister' written over it.

On the work front, Shahid Kapoor is prepping hard for his role in Kabir Singh after the debacle of Batti Gul Meter Chalu. The film is a remake of Telugu film Arjun Reddy which starred Vijay Deverakonda in the lead role. Kabir Singh, helmed by Sandeep Vanga, is all set to hit the theatres on June 21, 2019.