Singer-composer Shankar Mahadevan feels humbled and honored on being chosen for the Padma Shri. He also considers his musical partners Ehsaan Noorani and Loy Mendonsa as equal recipients of the country's fourth-highest civilian honour. 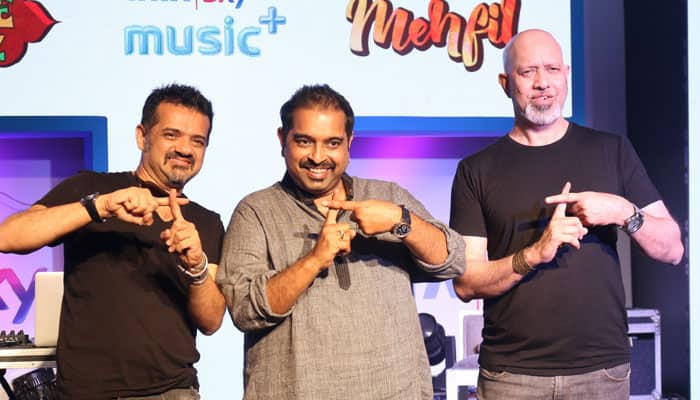 New Delhi: Singer-composer Shankar Mahadevan feels humbled and honored on being chosen for the Padma Shri. He also considers his musical partners Ehsaan Noorani and Loy Mendonsa as equal recipients of the country's fourth-highest civilian honour.

The government announced the Padma Awards 2019 on the eve of India's 70th Republic Day.

"You really feel humbled and honoured that you are being recognised by the government of India. It is the fourth-highest civilian honour in the country. I don't know if I am worthy of this but yeah, I definitely feel happy," Shankar, who sings classical as well as mainstream film songs with ease, told IANS in a telephonic interview.

"A lot of my music has been created with my two partners - Ehsaan and Loy so, I would consider them as equal recipients of this," added the National award winner.

The trio have given many hits for films like "Bhaag Milkha Bhaag", "Kal Ho Naa Ho", "Dil Chahta Hai" and "Lakshya".

Getting Padma Shri means that "I have to work harder. There's more melodious music coming up".

"We are doing very good films. We are doing 'Chhapaak' with (filmmaker) Meghna Gulzar, 'Saaho', 'The Zoya Factor' and 'Panga'," said the singer, who is currently being lauded for his work in "Manikarnika: The Queen of Jhansi".

"I am glad that people are recognising that work and people are also liking the movie. I really hope it does well. Kangana (Ranaut) is fabulous in the film. It's a very important movie for the next generation to know about such an important character," he said about the film based on Rani Lakshmibai.

"Life is good," he concluded.