Farhan Akhtar took to Instagram to share a picture with Shibani Dandekar, in which the couple can be seen chilling in the pool. Shibani stuns in a red bikini while Farhan flaunts his fit body in a pair of shorts. 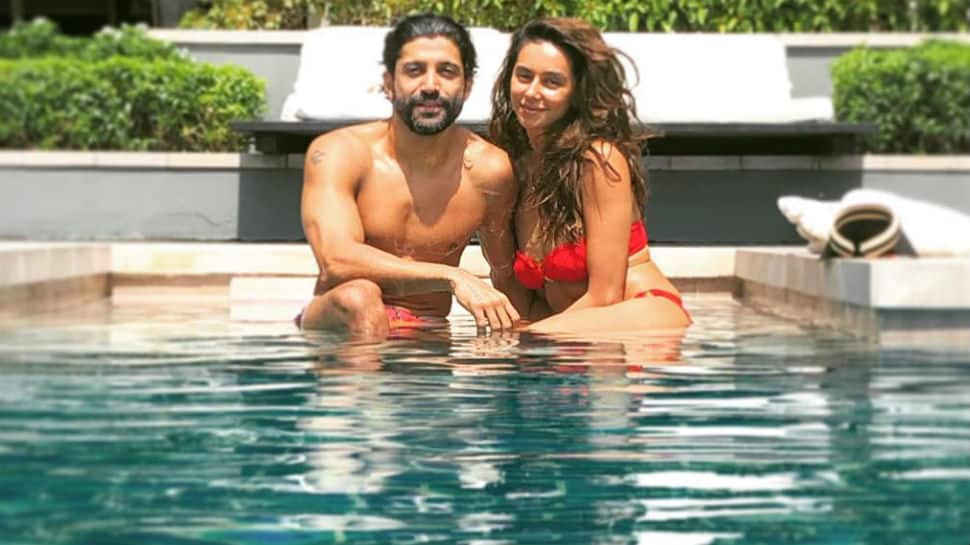 New Delhi: Farhan Akhtar has taken some time off his hectic schedule to holiday with girlfriend Shibani Dandekar. They are currently in Thailand and are definitely having the best times of their lives - the pictures are proof.

Farhan took to Instagram to share a picture with Shibani, in which the couple can be seen chilling in the pool. Shibani stuns in a red bikini while Farhan flaunts his fit body in a pair of shorts.

"At, by and on your side, Shibani," the 'Rock On!' actor captioned his post, adding a heart emoji and hashtags like 'Pool Heads' and 'Far Outdoors'.  The picture appears to be taken in Ko Samui, Thailand.

Shibani posted a solo photo of herself on her Instagram timeline, in which she can be seen soaking up the sun and described it as, "Island vibes. That brown girl getting browner."

Farhan and Shibani started dating some months ago. However, they have never confirmed their relationship on record. Though, their loved-up posts for each other on their respective Instagram handles speaks volumes.

The couple has been frequently spotted at date nights, event and parties.

On the work front, Farhan, who last produced his sister Zoya Akhtar's blockbuster 'Gully Boy', will next be seen in Shonali Bose's 'The Sky Is Pink', co-starring Priyanka Chopra, Zaira Wasim, and Rohit Saraf.

Farhan was previously married to celebrity hairstylist Adhuna Bhabani, with whom he has two daughters - Shakya and Akira.

Shibani is a model-turned-VJ and has participated in reality shows such as 'Khatron Ke Khiladi' and 'Jhalak Dikhla Ja'.

In pics: Kartik Aaryan cheers for Sara Ali Khan with her brother Ibrahim as she makes ramp walk debut