Singer Tove Lo loves having career as a songwriter too

Tove Lo received a Grammy nomination for co-writing Ellie Goulding's chart-topper 'Love Me Like You Do'. 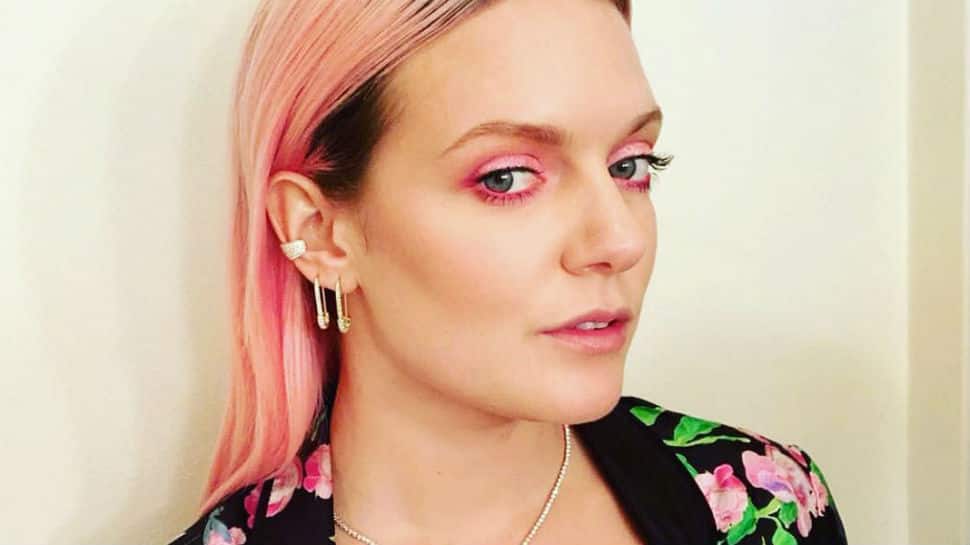 New Delhi: Swedish singer Tove Lo, who received a Grammy nomination for co-writing Ellie Goulding's chart-topper "Love Me Like You Do", takes a lot of pride in having a big pop star sing a song co-written by her. She says its an amazing feeling.

Tove along with Max Martin, Ali Payami, Savan Kotecha and Ilya had co-written the 2015 song that had featured in the Hollywood film "Fifty Shades of Grey". Didn't she feel like singing that song instead of letting Ellie go behind the mic for it?

"No, I mean it's funny with that song. I helped out with the lyrics a little bit and I think it was always meant for her. I really love having a career as a songwriter too, so I take a lot of pride in having a big pop star sing a song that I have co-written," Tove told IANS in an email interview.

"I think it's an amazing feeling, so I have never had like 'Aahh… I should've done it' envy," she added.

There was also a point in time when she wanted to permanently don a music producer's hat.

Recalling the time when she had to undergo vocal cord surgery about five years ago, she shared: "I remember during the whole rehabilitation process of it... for two months, you're not allowed to speak or cough or breathe heavily for the first week and then you can start to slowly do vocal exercises but you're basically isolated for two months.

"During that time I remember wondering 'what happens if I can't sing again, if my voice just doesn't stay the same'. And I was like 'okay, well then my new thing is that I'm going be a producer and that's going to be my thing if I lose my voice. I'm still going to make music somehow instead of just sitting at home, doing remixes of my own songs," she added.

It was terrifying for her.

"Because my voice... I use it when I write and for everything. So it was a very scary experience and I'm really happy that I came out of it," said Tove.

The second she got cleared for singing again, she was straight into shows.

"Honestly, I would've taken a little bit easier but I was also eager to get back out there. It was a long time of not getting to do what I love, so I was definitely very sensitive," she said.

Her new song "Glad he's gone" from her fourth studio album, "Sunshine Kitty", is out now.

"'Glad he's gone' is more of a friendship song. I am singing from the perspective of a friend seeing someone go for a break-up with someone that you know they are better off without anyway.

"So I think it's kind of a celebration of something that maybe wasn't very good for you...it's also a good feeling when you know that your friend is going to just end up being better after the heartbreak.

"Also, it's a combined story of all the times that me and my girlfriends have interfered in each others' lives and giving each other this advice," she explained.

Heartbreak songs generally top music charts. Asked why, Tove said: "I think because we spend so much time holding in or hiding, sort of like feelings that are seen as sad or dark or mistakes we make.

"I think a sad song... we're supposed to have so much pride and I think that can get really exhausting, so it's nice to have music so that you can let out those feelings and dare to feel them and that makes it easy for you to move on."

"Sunshine Kitty" definitely has a sunnier side of her.

"Life in Los Angeles, living in the sunshine constantly; it's a pretty easy life. We can also get quite lonely, it's a very big city. And I think the kind of contrast of Sweden and the US just shows up in the record. It is a bit happier, poppier than my past things but it still has a lot of... melancholy," she said.

Last year, fans got excited about her collaboration with DJ Calvin Harris and singer Dua Lipa.

"I don't know what state the song is in, so I'm not going to talk about that but I love working with Dua and Calvin," said Tove.