Popular Bollywood actor Anil Kapoor, who has come on board for a TV show which addresses the issue of sanitation, says every story reaches out to a larger audience much better when it is woven with entertainment. 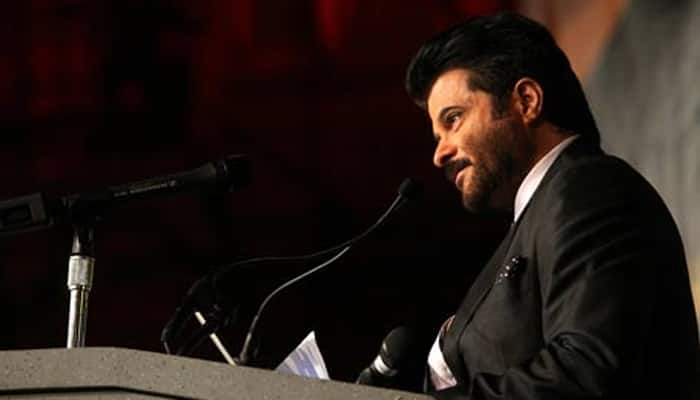 Mumbai: Popular Bollywood actor Anil Kapoor, who has come on board for a TV show which addresses the issue of sanitation, says every story reaches out to a larger audience much better when it is woven with entertainment.

At the launch of the show "Navrangi Re!" here on Tuesday, the National Award-winning actor said: "I used to visit Raj Kapoor uncle as a kid and he used to say something that I strongly believe in...that if we can offer entertainment with a social message, the cause and awareness on the issue reaches out a number of people. In the show 'Navarangi Re!', we have attempted to do that."

The show is produced by Swastik Productions and it has partnered with Bill and Melinda Gates Foundation and BBC Media Action.

It features Aamir Ali, Vaishnavi Dhanraj, Sushmita Mukherjee and Raju Kher among others. Anil is playing a special character in the story.

On the concept of the show, Anil said: "I think cleanliness starts from home and then goes to the society and the world. We all have to work towards building an environmentally friendly world."

Sharing anecdotes from his childhood, Anil said: "I was born in Chembur and in our building we had proper toilets. That way, I would say that I was privileged. However, when during my summer vacation I visited my grandparents' place in Delhi, the sanitation system was very different. There was no flush, no running water, and the whole system was bad. On many occasions, the kids of the house used to go out in the narrow lanes and defecate there."

"I am sure that even in present times, in several rural areas, things are not designed scientifically and people are not aware of the right sanitation. With the show, we are trying to teach people how to use safety tank, how to use flush," added the actor, who recently met Prime Minister Narendra Modi.

The show will be telecast on Rishtey channel from February 2.

Aamir Khan’s Rubaru Roshni gets a thumbs up from Karan Johar, Parineeti Chopra and others