Sometimes I wish I had another surname: Esha Gupta on being an outsider

She knew before joining Bollywood that it is not going to be an easy journey and Esha Gupta says she has stayed away from "networking" to bag films but often feels things would have been different if she had another surname. 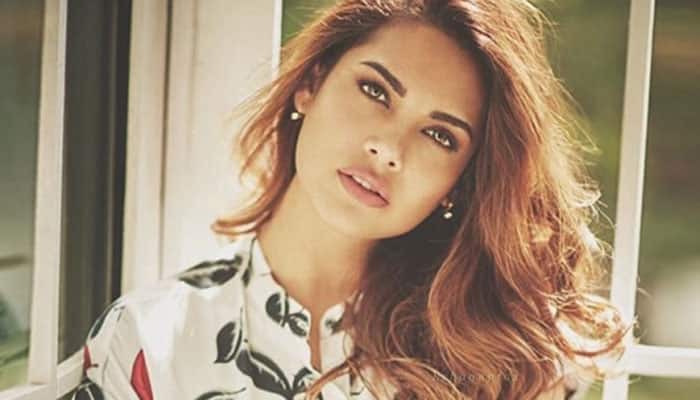 Mumbai: She knew before joining Bollywood that it is not going to be an easy journey and Esha Gupta says she has stayed away from "networking" to bag films but often feels things would have been different if she had another surname.

"I am proud of the work I've done, it was tough (journey), but I have carved the way on my own. There are times, I wish even if four of my films flop, there is someone producing films for me and making films only with me.

"You think 'I wish I didn't have this surname but that surname (referring to being a star kid)," Esha tells PTI.

The actress says because her father was in the Air Force, they travelled a lot - which meant making new friends and always being an "outsider", something which she still feels in Bollywood.

"I think I am still an outsider. I am still treated like one to quite an extent by the so-called 'industry people'. It's their body language that lets you know. I can't blame them because even I haven't made an effort to be a part of them. I don't want to," says Esha.

The actor says she has been advised by many people to go out and do networking to get films, but she cannot tag behind people to land good projects.

"People say I need to go out more to get more work. I don't know how it works. I don't go out, I just can't. I can't try to mince words, be sweet and rally behind you for work. If you don't like me, don't give me work.

"If you don't like me and still give me work, you'll only try to pull me down. If I am after your life to get a film, you're still going to give work to somebody else and bad mouth about me behind my back," she says.

Esha will next be seen in Milan Luthria-directed "Baadshaho", which releases today.

She says though the heist-thriller is a multi-starrer, featuring Ajay Devgn, Emraan Hashmi and Ileana D'Cruz, she is secure in the space the movie has offered her.

"This is not the kind of film where I need to jostle for space. I am not worried at all. I am not one of those who says, 'My role is important', I am quite secure as to why I am there," says Esha.

In films such as "Commando 2" and "Rustom", the actor played roles with grey shades and she says she enjoys doing such parts.

When asked why female actors are not seen doing more grey roles, Esha says, "They are all so insecure, no one wants to do that role."

My daughter would be better than Donald Trump, says Kim Kardashian