Sona Mohapatra: I am an artist, not an activist

Whether it is her rendition of the Punjabi folk song "Ambarsariyaan", her Odiya folk song "Rangabati" or the recent "Tori Surat", Sona Mohapatra has managed to make her space as a singer and independent stage performer over the past 13 years. 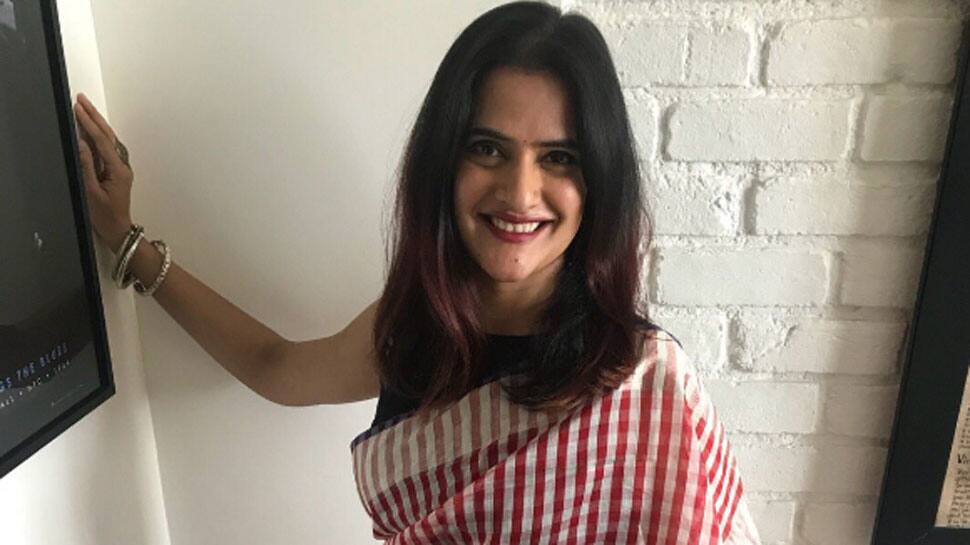 Mumbai: Whether it is her rendition of the Punjabi folk song "Ambarsariyaan", her Odiya folk song "Rangabati" or the recent "Tori Surat", Sona Mohapatra has managed to make her space as a singer and independent stage performer over the past 13 years. While her strong opinions on inequality in the music industry and her lending a voice to #MeToo movement have dragged her into controversy, Sona says her outspoken nature does not make her an activist but a true-blue artiste.

Sona told IANS: "People tend to think that way because I question and constantly express my opinions on things that have been practiced for ages without being questioned. Patriarchy is one such practice. But I am not an activist. I am an artist to the core. I have three hours of live concert where people sing along and engaging with me. People could have walked away from the gig if I would have given 'gyaan' all the time."

Emphasizing the power of art, Sona said: "For me, a true artist is the one who can provide a critical and alternative vision. An artist is someone who starts a debate, a counter opinion on a dogmatic practice."

Sona has produced a film titled "Shut Up Sona" directed by Deepti Gupta that has been showcased under the Spotlight category at the Jio MAMI 21st Mumbai Film Festival with Star.

Encouraging the whole arrangement of the festival that is led by women, Sona said: "One reason why I find this film festival different is it adds to the constant conversation of empowerment and equality. The festival is showing cinema from across the globe and so many delegates are visiting the festival to have a conversation around cinema and art."

"While we are talking about the presence of women in the business of entertainment, this festival is celebrating that by showcasing the brilliant works done by female artistes," smiled the singer.

The story of Sona's documentary revolves around the journey of the singer and how her outspoken nature put her into trouble every single day. The film also shows her constant drive to create music and how she desists from getting intimidated by her haters, and how Sona has carved a distinct voice in the music industry.

As Sona is constantly making music without even singing as a Bollywood playback singer, she said how it is important for an artiste to create opportunity for herself/himself instead of cribbing.

"I think in a way I am quite arrogant to say that I am backing my own belief, my song and I am not looking for opportunity from you to showcase my talent. I am singing my song, doing my gigs, producing my own film," she said.

After the song "Naina" in "Khubsoorat" that released in 2014, Sona has worked on the project "Lalpari Mastani" that comprises of 10 songs including the videos "Shyam piya" and "Tori soorat".

Expressing her anger on the existing inequality in the playback world of Bollywood, she said: "It is no secret that these days in Bollywood, songs are not created for female singers. Not enough female singers are getting solo songs, unless these are item numbers."

"If we are not giving enough opportunity to those youngsters, how will we have the next Shreya Ghoshal or Sunidhi Chauhan? I will never stop talking about these issues because they are for real! I mean in fdilms about women's emancipation, men are singing the songs. Are we really progressing?" questioned the artiste.

Sona also mentioned she will never stop talking about injustice happening in the music industry, including the return of Anu Malik on the music reality show "Indian Idol". Malik has a sexual harassment charge against him and was earlier removed from the show.

"Change will not happen overnight but we will continue the conversation and keep people aware of these sexual predators," she said.

So, how does Sona define feminism?

"I am one of those feminists who has a most amazing male partner at home (music director Ram Sampath). I love him, I adore him. I am not ashamed of admitting that I am nothing without his constant support and encouragement. I am a believer in equal participation in every change happening in our life. The combination of male and female gaze in everything creates a balanced world. Our very mythology tells us about the equal participation of men and women. I am a big believer of Shiv-shakti, so when the Shiva and Parvati are in balance, the universe is in balance. There you go, I am talking equality," answer the protagonist of "Shut up Sona".

A look at Malaika Arora's opulent birthday bash with Arjun Kapoor, Kareena Kapoor Khan and others in attendance —In pics