Sonam Kapoor took to Instagram and shared two pictures with her cousin Arjun Kapoor, on the occasion of his birthday. 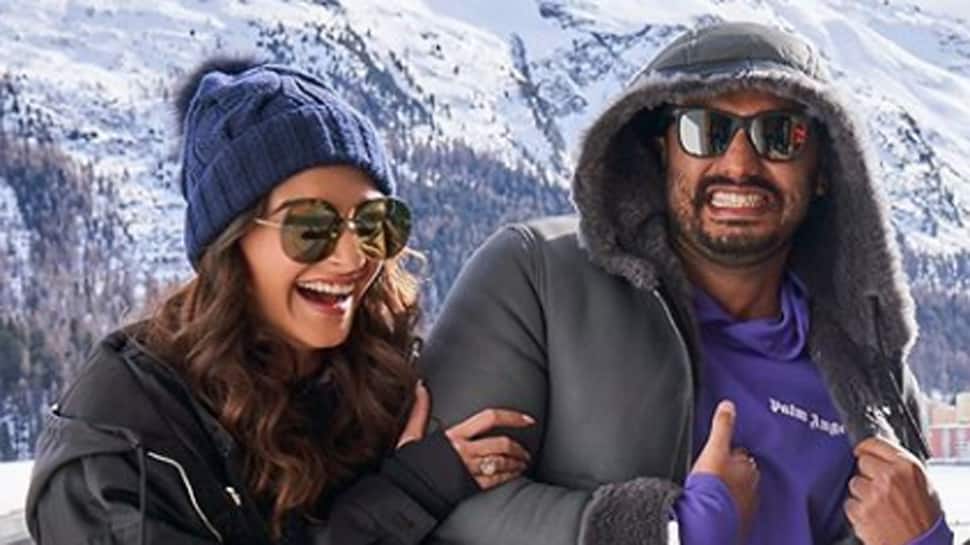 New Delhi: Bollywood actress Sonam Kapoor Ahuja is super active on social media and her posts are often in the limelight. The stunner often leaves us impressed with her fashion choices and her pictures go viral in no time. However, Sonam's latest Instagram post is a special one.

The actress took to the photo-sharing app and shared two pictures with her cousin Arjun Kapoor, on the occasion of his birthday.

Sonam captioned the pics as, “Happy Birthday Arjun! Whether we're flash dancing in the streets or chasing slopes, it's never a dull moment. You bring so much laughter and weirdness to my life, and all those around you that we really wouldn't have it any other way. I wish you the best birthday, and all my love. @arjunkapoor #BrothersSister”

Arjun made his Bollywood debut with 'Ishaqzaade' in the year 2012 and aced his role. Since then, the actor has been a part of several hits including '2 States', 'Mubarakan', 'Half Girlfriend', and 'Gunday'.

My job is to act, not be famous: 'Stranger Things' star Millie Bobby Brown