Bollywood actress Kangana Ranaut doesn't seem to get along with most of her contemporaries in the film industry. She also had an ugly spat with actress Sonam Kapoor during the Me Too movement. However, the two actresses recently shared a frame and the feature is rocking the internet. 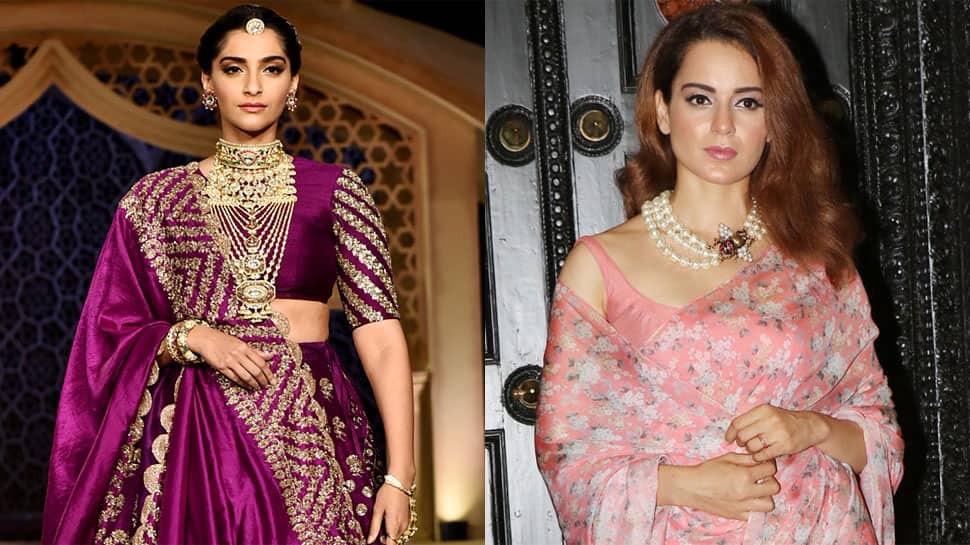 New Delhi: Bollywood actress Kangana Ranaut doesn't seem to get along with most of her contemporaries in the film industry. She also had an ugly spat with actress Sonam Kapoor during the Me Too movement. However, the two actresses recently shared a frame and the feature is rocking the internet.

Actress Kubra Sait shared a picture featuring Sonam Kapoor, Madhur Bhandarkar, Kubra Sait and Kangana Ranaut. Kangana gives a thumbs up in the picture while Sonam grins, looks like the actresses have let bygones be bygones. She captioned the picture, "Blossom, Bubbles and Buttercup with Charlie."

For the unversed, Kangana during the MeToo movement revealed that 'Queen' filmmaker Vikas Bahl would make her uncomfortable at times. Incidentally, an employee from Phantom Films had levelled molestation charges against the filmmaker back in 2015.

Reacting on Kangana's accusation, Sonam at an event had said, "Kangana being Kangana Ranaut, she says a lot of stuff. Sometimes, it’s hard to take her seriously, but I love the fact that she has spunk and she says what she believes in."

To which Kangana had said, "What does she mean by saying, `it`s hard to believe Kangana`? When I am sharing my Me Too story, who gives her a right to judge me? So, Sonam Kapoor has the license of trusting some women and some she won`t."

She further questioned as to what made Sonam "so unsure of my claims." "I am known to be an articulate person and I have represented my country in many international summits. I am called as a thought and youth influencer to these summits, I am not known because of my dad I have earned my place and credibility after struggling for a decade," the statement by the National Award-winning actor read.

Further lashing out at the `Veere Di Wedding` star, Kangana said, "She (Sonam Kapoor) isn`t known to be a great actress, neither she has the reputation of being a good speaker. What gives these filmy people right to take digs at me!"