Sonam Kapoor: My husband is my lucky mascot

Asked if she believed in luck, and who her lucky mascot in life was, Sonam named her husband Anand Ahuja. 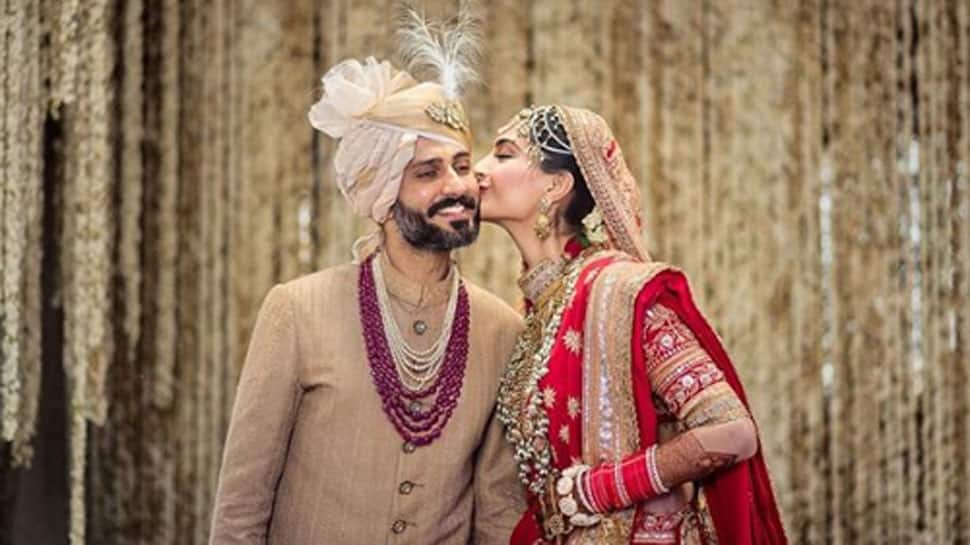 Mumbai: Actress Sonam Kapoor Ahuja can't get over talking about luck these days. Quite naturally, because she is getting in the mood for the release of her next film "The Zoya Factor", where she plays a character who turns out to be the lucky mascot for the Indian cricket team at the World Cup.

Asked if she believed in luck, and who her lucky mascot in life was, Sonam named her husband Anand Ahuja.

"My husband (Anand Ahuja) is my lucky mascot," declared the actress, while interacting with the media at a special screening of her upcoming film, "The Zoya Factor" on Monday in Mumbai.

In the film, while Sonam plays Zoya Solanki, who becomes a lucky charm for the Indian Cricket team during the 2011 Cricket World Cup, she is cast opposite Dulquer Salman, cast as the captain of the team who does not believe in luck and superstitions.

Talking about audience response to the trailer of "The Zoya Factor", Sonam said: "This is the first screening of our film, so I am going to find out what people have to say about the film. People have really loved the trailer and they have told me it looks like a fun and cute film. They have liked the unusual promotions we have done. It is releasing on 20th September on this Friday so, I am excited for everybody to see it."

Sonam Kapoor's 'The Zoya Factor' clashes at the box-office with the Sanjay Dutt-starrer "Prassthanam" on Friday. Talking about the clash, Sonam said: "I would like to congratulate makers of 'Prassthanam' for its release. I hope it does well. Ours is a small film and that film features Sanjay Dutt so, I would like to wish them all the best for the release."

Sonam took the occasion to wish Prime Minister Narendra Modi on his 69th birthday on Tuesday. "I would like to wish our PM Narendra Modi ji on his birthday. I hope he keeps running this country as smoothly and as beautifully as he has been," she said.

A few days back, cricket maestro Sachin Tendulkar watched the trailer of the Abhishek Sharma-directed "The Zoya Factor" and was all praise for Sonam and Dulquer.

He tweeted: "Just watched the trailer of 'The Zoya Factor'. All the best to my good friend @AnilKapoor's daughter @sonamakapoor & @dulQuer for this movie."

Reacting to the praise coming from Sachin Tendulkar, Sonam said: "I was super excited and super happy that he spoke about the film. I am hopeful that he will watch the film and enjoy it."