In Maharashtra, Ganesh Chaturthi is a major festival and it happens to be a 10-day long affair. 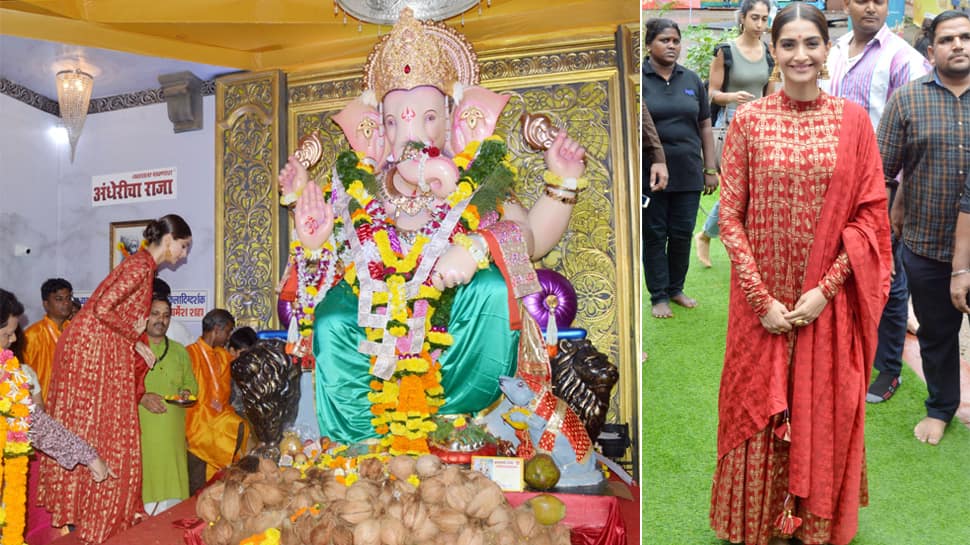 New Delhi: It's Ganpati Utsav time in the country and the whole atmosphere reverberates of 'Ganpati Bappa Morya'. Several Bollywood celebrities welcomed the Lord home and after praying to him, bid him a tearful adieu with a promise to return next year. Commencing from Ganesh Chaturthi, which was on September 2, 2019, the 10-day long festivity is at its peak in Maharashtra. 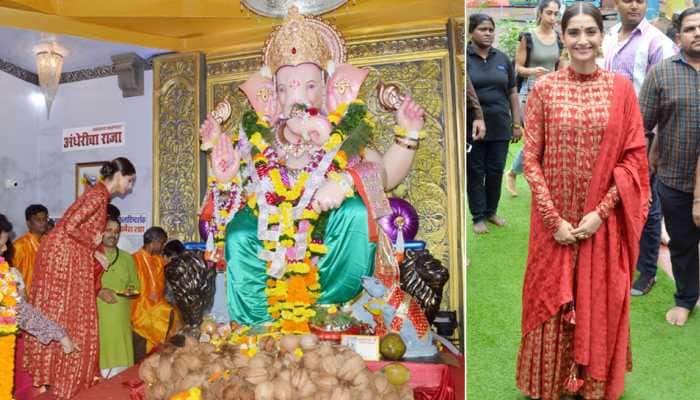 Dressed in traditional maroon floor-length Anarkali kurta and churidaar, the actress looked beautiful. She prayed to the Lord and happily posed for clicks.

In Maharashtra, Ganesh Chaturthi is a major festival and it happens to be a 10-day long affair.

Farwell is given to the Lord with the promise of him coming back again. It is believed that after visiting his devotees' abode, the Lord goes back to his parents--Lord Shiva and Mata Parvati in the Mount Kailasha.

Therefore chants of Ganpati Bappa Morya Pudhchya Varshi Lavkar Ya can be heard all around.