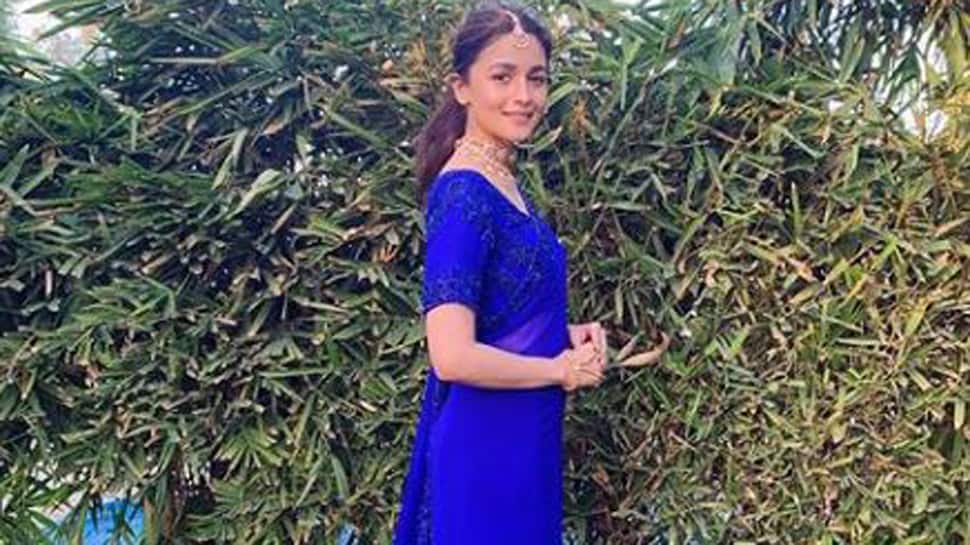 New Delhi: Bollywood actress Alia Bhatt was in Delhi to attend her best friend Devika Advani wedding. The actress has given bridesmaid goals and her Instagram handle is the testimony to the fact that Alia has had the time of life at her friend's wedding.

Alia recently shared a few pictures in which she can be seen donning a royal blue sharara draped sari. While her fans couldn't stop gushing over her picture, her mother Soni Razdan posted the sweetest comment under the picture.

This comment might have made Alia extremely happy as she is a huge fan of Kareena Kapoor. In fact, the two have also starred in a film together and will share the screen space in upcoming Karan Johar directorial Takht.

On the work front, Alia's latest outing Gully Boy has been received well by the audience and critics. In just a week, the film has crossed the Rs 100 crore mark.

The film has been helmed by Zoya Akhtar and also stars Kalki Koechlin and Vijay Raaz in pivotal parts.

The song, 'Apna Time Aayega' has turned into some sort of youth anthem and people can't stop praising Ranveer for his rapping skills. Alia, too, has been lauded for her performance.

'Gully Boy' had its world premiere at the Berlin Film Festival in Germany. Zoya, Ranveer and Alia attended the prestigious festival and posed for the shutterbugs.