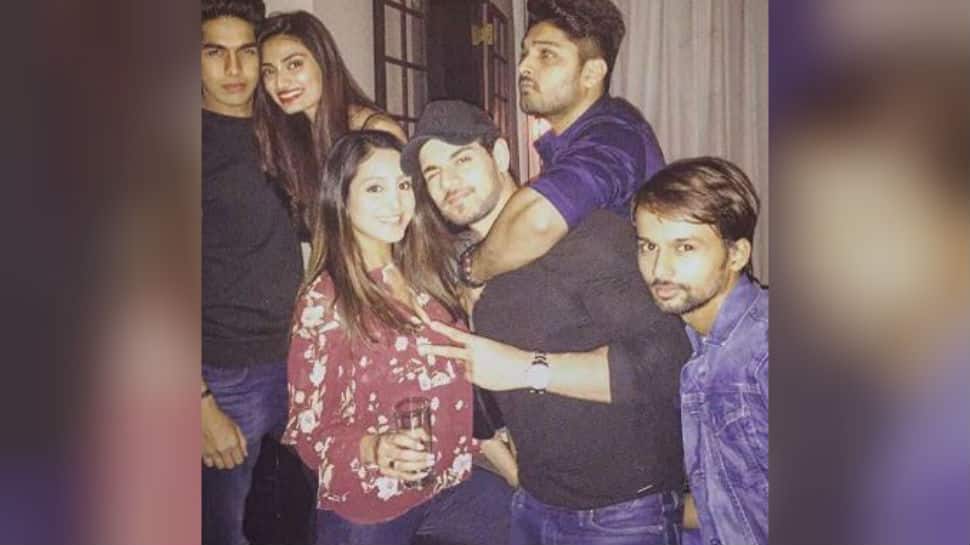 New Delhi: Actor Sooraj Pancholi, who is allegedly being linked to Disha Salian's death case, has blasted 'fake media' on social media for dragging his name. A news report shared a picture of Sooraj from a party with his friends, including actress Athiya Shetty and claimed that Disha Salian was also present there. However, the actor corrected them by saying the woman in the picture, taken in 2016, isn't Disha but one of his friends.

"Is this the media we are supposed to trust? That girl in the picture which was clicked in 2016 is not 'Disha Salian' that is my friend who doesn't even live in India .. Please stop brainwashing people and PLEASE stop harassing me and dragging me into this! Start being responsible of your actions as it can ruin someone’s life," Sooraj wrote.

"I have said this before and I'm saying it again 'I have never met or spoken to Disha Salian in my life'. I’ve had enough," he added. 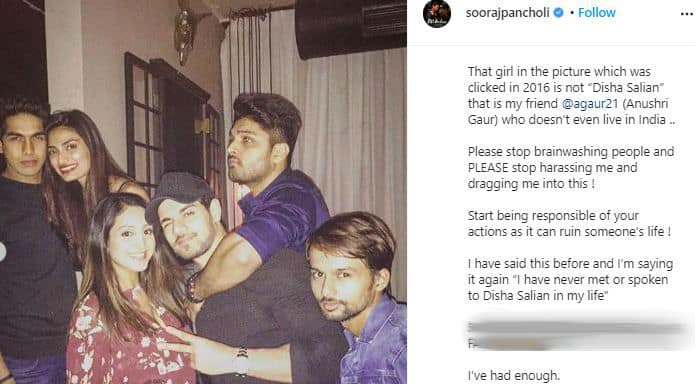 Disha Salian was a celebrity manager. She had also managed actor Sushant Singh Rajput. Disha, 28, allegedly died by suicide by jumping from a high-rise building in Mumbai on June 8, nearly a week before Sushant was found hanging at his apartment on June 14.

Sooraj Pancholi was in 2013 charged with abetting actress Jiah Khan's suicide. They were dating each other at that time. The 25-year-old was found hanging at her Mumbai residence on June 3, 2013. It was deemed a suicide and reconfirmed as a suicide in 2016 following an extensive investigation by the Central Bureau of Investigation (CBI) and a hearing at the Bombay High Court.