Sophie Turner, who married Joe Jonas for the second time in France last month, shared a video of herself taking on the task -- but with her own twist -- on her Instagram stories. 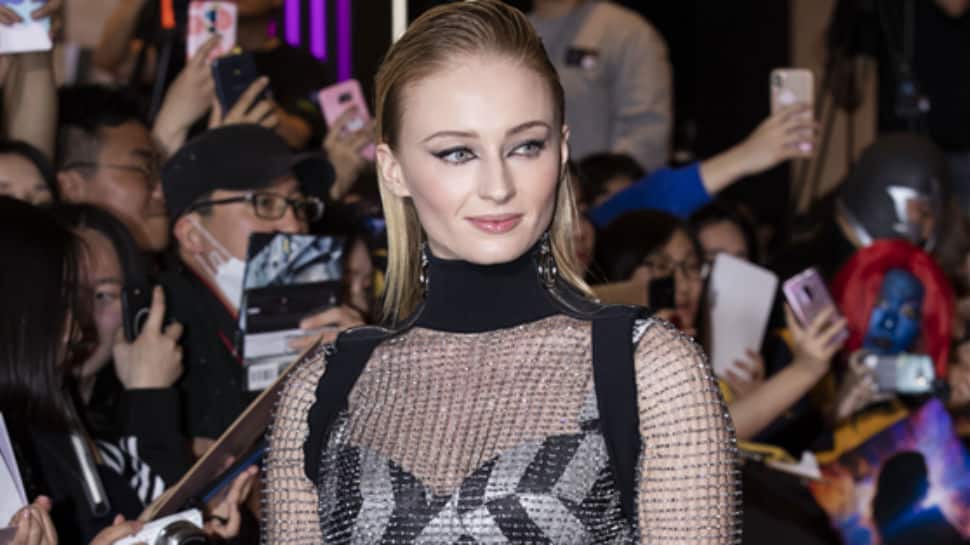 Washington DC: Newly-married Sophie Turner has put an end to the viral #BottleCapChallenge in the most hilarious way which will leave you in splits.

The 23-year-old star who married Joe Jonas for the second time in France last month shared a video of herself taking on the task -- but with her own twist -- on her Instagram stories.

In the video, Turner can be seen sitting on an aircraft with a mini wine bottle in front of her. The star then raises her arms as if she`s going to untwist the cap miraculously without using her hands (per challenge rules), but instead she grabs the bottle and opens it normally.

"Stop this, now," she said in the video while facing towards the camera.

Turner further expressed her point by writing "and that`s the tea" over the clip.

"I look terrible, but someone`s gotta do it," she added.

The HBO hit series `GoT` star demand to end the trend after beauty mogul Kendall Jenner posted a clip of herself untwisting a bottle cap while riding a jet ski and wearing a green bikini on Monday.

In the slow-motion video shared the model, Jenner can be seen approaching the bottle on the watercraft.

When she is within inches of the bottle, the model pivots the jet ski so that she is alongside the container and sticks out her leg and lightly taps the cap, which spins off.Jenner then rides away, flashing a smirk.

The beauty star was nominated to do the challenge by her friend Hailey Baldwin.

On Sunday, Baldwin also accepted the challenge from her husband Justin Bieber.

Like Jenner, Baldwin also used a vehicle for the task.

Since the challenge kicked off late last month, numerous celebrities have mastered the feat, including Mariah Carey -- who made hilarious use of her impressive pipes (and some special effects) -- as well as Jason Statham, John Mayer and Diplo.

However, not every attempt made by the prominent stars has ended in an impressive video to share on social media.

Last week, Blake Shelton tried and failed in a funny Twitter video, sending the entire bottle of vodka sailing to the floor."