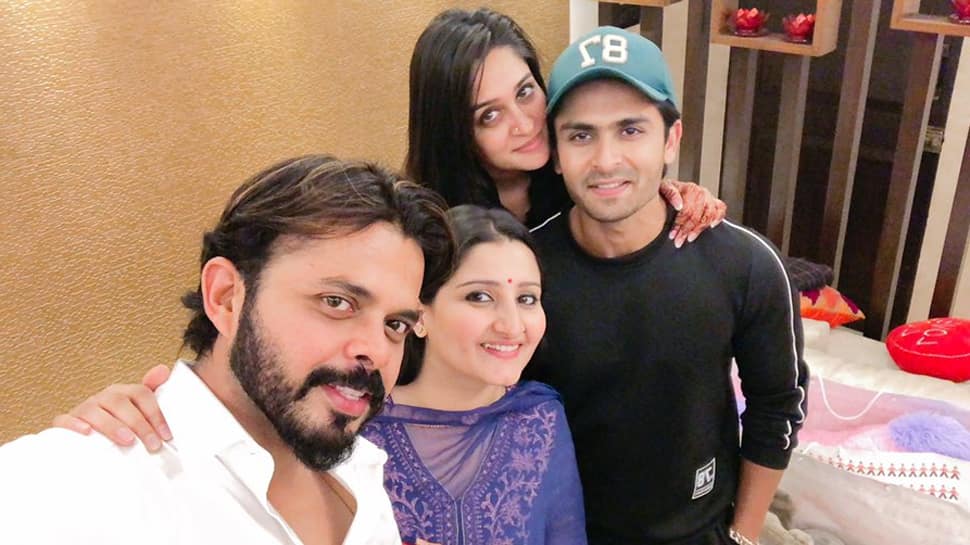 New Delhi: Television actress Dipika Kakkar has been at the receiving end of the Twitterati post winning the controversial reality show. While some of Sreesanth's fans have called her fake and a fixed winner, some have made extremely unsavory comments against the actress.

Although many loved how elegantly the actress presented herself on the show, there were others who believed that she was fake and didn't show her real side. Also, they believed that Dipika survived in the show only because of her 'brother-sister' relationship with Sreesanth and that the winner wasn't decided on the basis of a number of votes.

However, there was one fan of Sreesanth who has really made the matters murky in venting out his anger against the makers and Dipika. Upset over Sreesanth not winning the game, the fan had threatened to throw acid on her.

The post has been shared by 'Team Dipika Kakar' on Twitter, where a fan by the name of 'Sreesanth the real fan' threatened an acid attack on Dipika.

However, Sreesanth's wife Bhuvneshwari, who had stated that Dipika was visible only because of Sreesanth, had an unexpected reaction to the whole fiasco. While one would expect her to take a stand against such hateful and life-threatening comment, Bhuvneshwari through a tweet stated that none of Sree's fans can make a comment like that.

She wrote, "My dear #SreeFam,came to know about the Acid attack news yesterday.We want to tell you all that Me and Sree are very sure that no one from #SreeFam can ever write such a thing & we believe You all. It could be any one portraying as Sreefam. "

My dear #SreeFam,came to know about the Acid attack news yesterday.We want to tell you all that Me and Sree are very sure that no one from #SreeFam can ever write such a thing & we believe You all. It could be any one portraying as Sreefam.

"Ther had been a lot of abusive nd worst tweets for us as well frm other fandoms. I knw we have no control over what some ppl write. Some online reviewers pick it up solely because We refuse to give interview on their channel. I knw my Sreefam nd our trust for you remains strong, " She added.

Dipika, on the other hand, have always cherished her bond with Sreesanth despite the differences and comments being made about her.