This prep-work might come in handy when she eventually gets into Bollywood full-time. 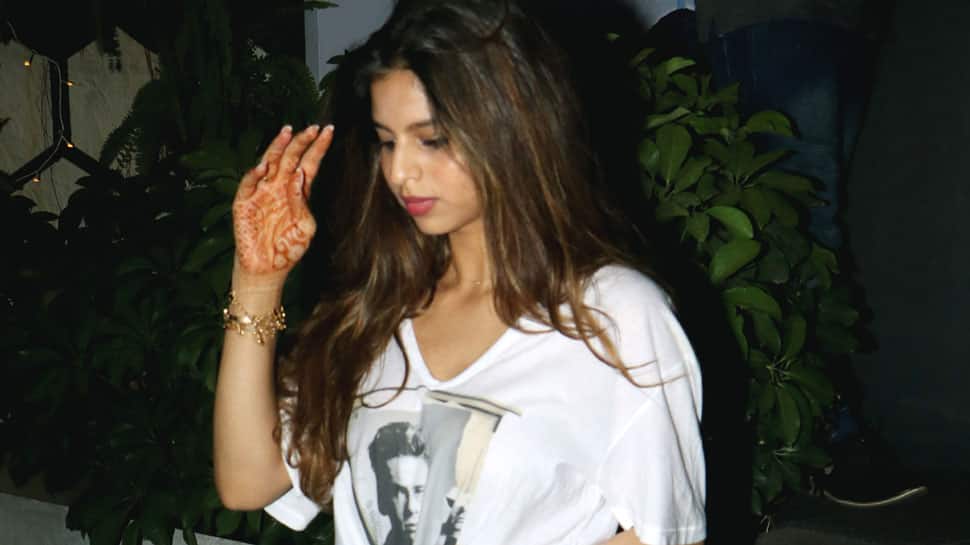 New Delhi: Before you think it's a big-budget Bollywood movie, hold your horses! Shah Rukh Khan's darling daughter Suhana Khan will be seen in a short movie and the filmmaker named Theo Gimeno has shared the first look poster of his film starring Suhana in a lead role.

The title of the short film is 'The Grey Part Of Blue'. Besides Suhana, the movie stars Robin Gonnella in the lead role. It has been written by Theo Gimeno. He took to his Instagram handle and shared the posters. Have a look:

As soon as he put it out on his social media handle, netizens flooded to check out Suhana's debut film poster. Well, looks like if not mainstream Hindi, Suhana is slowly getting into movie mode and what better experience than featuring in an English short film.

This prep-work might come in handy when she eventually gets into Bollywood full-time.

Speculations of her making her starry entry into movie business had been riding high for quite some time now. Videos and pictures of Suhana enacting Shakespeare's plays had gone viral earlier and it clearly hinted at her becoming an actress soon.

With Suhana taking her baby steps into movie world, it's only a matter of time when elder bro Aryan Khan too will make his screen debut in Bollywood.

This year, he voiced for Simba's character in Hollywood animated live-action flick 'The Lion King' along with daddy Shah Rukh Khan, who voiced King Mufasa. The movie has been widely acclaimed and earned huge moolah at the Box Office.